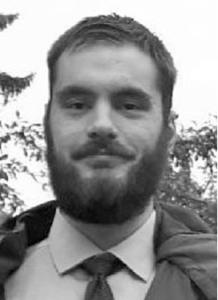 DOELL, Hagan Joseph Paul, of Carman, Manitoba, passed away on Sunday, July 11, 2021.Hagan was predeceased by his two brothers (Joshua Robert, and John Percy), his cousin (Christopher), and his maternal grandfather (Clarence Cornwall). He is survived by his parents Donna Oughton (Jack), and Barry Doell (Barb), maternal grandma (Betty Cornwall), paternal grandparents (George and Pauline Doell), many aunts, uncles, and cousins. Hagan was born on June 1, 1992, in Souris, Manitoba, where he lived until moving to Brandon, Manitoba in 1994. During his time in Brandon, Hagan attended George Fitton and New Era Schools. In 2002, when Hagan was ten years old, he and his mom (Donna) made the move to the RM of Dufferin to become a family of three with his step-dad, Jack. Hagan attended Carman Elementary, continuing on to the Carman Collegiate. He graduated in June of 2010, shortly after his 18th birthday. It was at this stage of his life that he felt a strong desire to study scripture and to open his heart to God's plans for him. Hagan became a part of the CPA church family when he started attending Youth Group while he was in Junior High. By Senior High he was attending Sunday mornings as well. He eventually became a youth leader where he served for six years under several different youth pastors. This included time counseling at camp each summer. In 2016, Hagan was part of a Missions group that traveled to San Carlos, Mexico. While there, he was able to help out with a children's program. Hagan left Mexico with a strong feeling of gratitude for all of his blessings and urged others to be thankful for what they did have. Hagan was excited for all of the opportunities that drew him closer to God. In May of 2018, Hagan was accepted into an outreach leadership program (Ywam Mazatlan), and he was both excited and humbled. This experience was the ultimate highlight for Hagan. Not only did he get to continue to grow in his faith, and to share God's word, but he also was able to share the experience with some amazing friends who had become more like family. He also made new lifelong friends while he was there. Hagan had been an employee at Reidbow Farms since 2014, and a volunteer at the Back Door Youth Centre for almost eight years where he had a positive influence on many students. He was passionate about helping young people to avoid making the same mistakes he did as a youth, and to find freedom if they were headed down a wrong path. He also spent some of his spare time playing basketball, and open hockey.Hagan was a gentle giant, with a huge heart who was fondly known as "Haggo" by those that were close to him. His death has left a huge void, and he is deeply missed. Donations in Hagan's Memory can be made to Youth for Christ (Carman Back Door), Box 449, Carman, MB, R0G 0J0. A graveside service was held on Monday, July 19, 2021. A link to the service can be found at https://www.doylesfuneralhome.ca. Special thanks go out to the Carman Pentecostal Church, Doyle's Funeral Home, and all those who have supported Hagan's family during this difficult time.