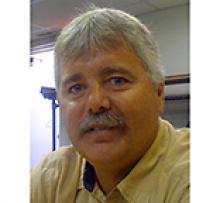 It is with profound sadness that we announce the passing of Don "Woody" Woodrow, on July 9, 2021, at the St. Boniface Hospital.
Don was born and raised in Moose Jaw, SK, where he met his wife, June, and he began his career with the railway, later moving to Winnipeg, MB, Vancouver, BC, and then returning to Winnipeg where Don and June raised their two children, Salem (partner Ryan and daughter Reign) and Garrett (partner Brittney).
Don always found time for his family, including coaching his son's hockey team, attending his daughter's softball and ringette, and being captain in the Southdale Oldtimers Hockey League (SOHL). When Don wasn't on the ice, you could usually find him on the golf course, riding his motorcycle or at the lake.
The family would like to express our deepest thanks to all of our friends who have supported us during Don's battle with cancer over the past three years. Additionally, we want to thank the doctors and nurses within CancerCare Manitoba, Palliative Care, and who were beside Don during his last days at St. Boniface Hospital.
Cremation has taken place and due to current Covid-19 restrictions, a celebration of Don's life will take place at a later date. The family will share details at that time.
In lieu of flowers, donations may be made to D'Arcy's Animal Rescue Centre, www.darcysarc.ca

The family invites you to sign the online book of condolences at ejcoutu.ca