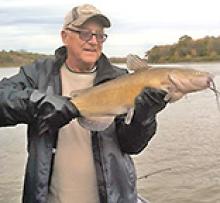 Sadly on July 11, 2021, Ronald Walter Post, son of Walter and Sigrun (nee Skanderberg), passed away at Portage Hospital with his wife by his side. Ron was born on his mom's 21st birthday, April 3, 1943.
Ron is survived by wife Lorraine, son Darin, Ron's daughter Sherri (Rick), granddaughters, Twyla (Andrew), Meghan and Lisha (Max), brothers, Victor (Margaret Ann) and Douglas (Shirley), and Danny (Margaret), sisters, Elene Rempel (Fred) and Lynne Curtis (Ron), sister-in-law Joan Kilmos and Vivian Bott, brother-in-law Owen Bott (Adrene) as well as numerous nieces and nephews. He is predeceased by daughter Lisa and parents, Walter and Sigrun Post.
He attended Fallmouth, Grass River and Amaranth schools. He worked at Lynn Lake Mine and several other mines before starting to farm in the spring of 1968. Ron's mother said, from a young age he was a planner and that carried over to his farming.
Ron liked nothing better than to hook up the boat and go fishing. He fished most rivers on Vancouver Island for salmon and numerous lakes in Manitoba for many species. This passion was shared by his family who frequently joined him.
Family gatherings were very important, the June barbeques, shared birthday celebrations with his mother and great nephew Joshua, and games of bridge with his brothers, brothers-in-law (and sometimes his wife).
Thank you to the staff at the chemo unit and rehab centre for the care he received at the Portage Hospital.
Funeral service will be held Saturday, July 17, 2021 at 11:00 a.m. in the Christ Lutheran Church Yard, Waldersee, Manitoba with Pastors James and Hilde Vickers officiating. Interment will take place in the Waldersee Cemetery, Waldersee, Manitoba.
In lieu of flowers, donations may be made to the Christ Lutheran Church, Waldersee or a charity of one's choice.