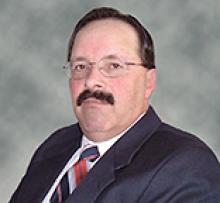 Frank Peters was a beloved son, brother and uncle to his close and his extended family. Born on May 20, 1954 and raised in Waldheim, Paraguay, he immigrated to Canada in 1974 following his parents, Heinrich and Aganetha Peters.
Frank's easy humour and big laugh were matched by his fortitude and determination to walk his own path on his own terms. When he set his mind to achieving his lifelong dream of owning a Harley Davidson, he quit smoking from one day to the next, putting every spare penny towards his goal. It was always mind over matter for Frank. His joy in the accomplishment strengthened his resolve in his independence and ability. He knew contentment.
As a young man, Frank seemed invincible. Boisterous and mischievous enough to land himself in trouble a time or two, he had an infectious enthusiasm for life. The memories of that time were some of his favourite stories to tell later in life, he himself laughing the hardest at his own youthful arrogance.
In maturity, Frank took an honest interest when a loved one was struggling. Having given his heart to Jesus , at a mature age, he often encouraged with an invitation to put our hands together and to hand our worries over to the one above. He would tease his nephews and nieces lovingly and with great joy. He hoped that they might see the benefit of some of his struggles and learn something from his journey.
Frank's late cancer diagnosis in 2015 came as a surprise. He fought the battle as he did anything in life. Stubbornly and on his own terms. This fight lasted six years, before our heavenly Father relieved him of all his pain and called him home on July 15, 2021.
He is survived by seven siblings and their families and we will all miss his big laugh and his stories.
We are so grateful for the love and prayers he received from his friends, his family and his caregivers.
Frank knew contentment in this life. Now he knows peace.
Viewing will be held at Friends Funeral Service, 2146 Main Street, Winnipeg on Wednesday, July 21, 2021 starting at 7:00 p.m. to 8:00 p.m. Funeral service will take place on Thursday, July 22, 2021 at 10:30 a.m. by invite only. The service can be viewed by livestream at http://www.livememorial services.com/Home/ServiceDetail/15021.
Interment at Sage Creek Cemetery.