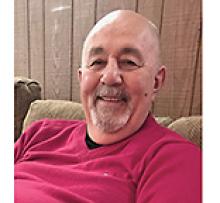 After a lengthy illness, Jack passed away at St. Boniface Hospital on Tuesday, July 20, 2021, at the age of 78.
Jack was predeceased by his parents, Daniel (Danny) and Cecile Marie Bartlette, and many aunts and uncles.
Left to mourn are his wife Gail, children, Dean (Erin/Kyle), Jeff (Lisa), Michael (Jenn), Candice (Kirk) and Sara (Sean); grandchildren, Ashley (Anton), Alison (Zak), Samarah, Hannah, Kayden, Nora and Cole; sisters, Joan Black and Diane Johnson, brothers, Danny Jr. (Martha), Glen (Linda), Tom (Debi), and many nieces and nephews.
Jack had a very full and adventurous life, travelling to many different countries, speaking often and fondly of Portugal. He enjoyed summers at Grand Beach, and backyard BBQs... always with many friends and family in attendance. Jack LOVED to cook.
Professionally, Jack had a long career with Canada Safeway, where most of his 25 years were spent as Merchandising Manager for Western Canada. After leaving Safeway, he did food service consulting for Victoria General Hospital and was later hired as their Manager of Materials Handling, where he remained for five years. His final position was with Precambrian Wholesale as General Manager, retiring four years later.
When Gail retired three years ago to babysit granddaughter Hannah, Jack (Pa) and Hannah established a fast and furious bond. Kayden arrived a few years later and his bond with Pa was quickly forming.
In accordance with Jack's wishes, cremation has taken place and no funeral will be held. A private service will be held with immediate family at a later date.
I want to express my sincere appreciation to the staff of St. Boniface General Hospital.

In lieu of flowers, donations can be made to St. Boniface Hospital or charity of your choice.