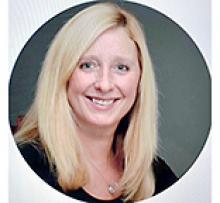 It is with profound sadness that we announce the passing of our dear mother, wife and friend, Kimberley.
She was born in New Westminster, BC and grew up in Buffalo Creek (100 Mile House, BC). Kimberley held various jobs prior to beginning her multiple decades in the aviation industry, commencing with Ward Air in 1988 as a flight attendant professional. Kim moved to Canadian Airlines with the merger of Ward Air. Kimberley was both a flight attendant and an instructor at Canadian Airlines. When the merger with Air Canada took place in 2000, she became part of an even larger group of flight attendants with whom she thoroughly enjoyed working. Kimberley always looked forward to going to work and would return with a smile and all her shopping discoveries from Hong Kong to London and points in between. In 2008, she began a new chapter in aviation with Transport Canada as a cabin safety inspector. She retired as a Technical Team Lead in 2019. Kimberley moved to Winnipeg in 1996 to join Dean Wilson in marriage and began her most rewarding accomplishment as a mother to Kendra in 1998 and Mitchell in 2000. Her well known enthusiasm for their basketball, volleyball, soccer and hockey accomplishments was legendary and was so very proud of her kids. She herself was an accomplished athlete, first in basketball in high school and later as a water-skier.
Kimberley had many passions which included being a superb cook and consummate dinner party host. She was happiest when around family and friends, and was a fantastic host at family gatherings. One of her favourite pastimes was gardening, as she loved planting both tulips and tomatoes. More over, she had great love for the family dog Stella and the long walks they would take at the off-leash parks. Kimberley loved her children immensely, and would often take them around the world to Europe, Jamaica, Dominican Republic, Mexico, US, and regularly visit British Columbia.
She is survived by her daughter Kendra Wilson, son Mitchell Wilson, husband Danny Hrynyk and Dean Wilson (ex), and her sister Cindy Dirks. She is predeceased by her father Ken Dirks in 1998.
Kimmy will be greatly missed by her family, friends and crew members. Due to COVID restrictions, a private service will be held and her ashes will be scattered at her favourite place on earth.
In lieu of flowers, please make a donation to Addictions Foundation of Manitoba or K9 Advocates Manitoba.