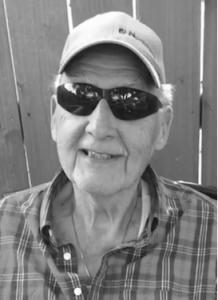 MACFARLANE: It is with great sadness that we announce the passing of Morley Alexander Victor Macfarlane on Thursday, July 22, 2021 after a lengthy battle with Dementia. Morley was the beloved son of the late Alexander Matheson Macfarlane and the late Elsie Annie Robinson of Brandon, Manitoba. The husband of Marie Macfarlane (Donahue) from 1958-1982 and Charlotte Macfarlane (Boast) 1993-present. The devoted father of 3 children, Leanne (Robert Hand), Lori Macfarlane and Scott Macfarlane. He will be missed by his grandchildren Amy (Aaron Anderson), Andrew, Matthew, Leah, Carissa, Michael Nichols (Lisa Bonari), Tegan (Aidan Maguire) and Liam Hand; as well as 5 great grandchildren: Dylan and Riley Anderson, Tavin Mihaychuk, Emmett and Quinn Maguire. He was well loved by his niece Susan Allen (Burgess), nephews; Brian Allen (Patricia) and Glenn and their families. He has nieces and nephews spread all over Canada on the Donahue side as well that knew of his humour and fondness for being with family. Morley was born in Brandon on October 21, 1935 and was the youngest child. Morley was predeceased by his older sister Mabel Ursula (Allen) in 2012 and grandson Ryan Macfarlane in 2019. Morley grew up in Brandon and at Clear Lake, Riding Mountain National Park, surrounded by family and friends and had fond memories of fishing, camping and playing baseball with friends. He also was an avid curler. Morley was an outstanding hurler with Brandon Cloverleafs. In 1952 Morley played with Brandon 7-Up of City Police League, in 1953 with the Brandon Athletics, and from 1954-61 with the Brandon Cloverleafs. Morley was 3-1 with Brandon Greys in Man Dak playoffs, his top season was 1958 with 21-3 record, and signed with Detroit and played in Georgia State League in 1955-57. He had a great fast ball and drop. Morley was inducted into the Manitoba Baseball Hall of fame in 1999. https://mbhof.ca/inductees/morley-macfarlane/. Morley had a long and interesting career as a butcher for Eaton's and in the Beef Department at Pool Packers in Brandon and then Burns Meats; retiring from Maple Leaf Foods in St. Boniface. Morley was a friendly personality who made friends wherever he went - and a friend of Morley's was a friend for life. He will be missed so much by his family, his many baseball buddies and coffee buddies. In memory of Morley, donations may be made to the Alzheimer Society of Manitoba, 10-20 Donald Street, Winnipeg, Manitoba, R3C 4G8. At Morley's request there will not be service.