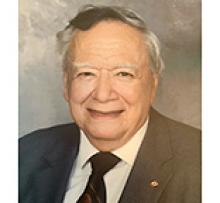 Bill passed away at the age of 82 on June 5, 2021, after a difficult battle with liver cancer
He is survived by his loving wife Patricia, who gave him love and support for 58 years; as well as his son Glen who put his career on hold for several years to care for his parents; daughter Kathleen Dunlop (Kevin), and beloved grandsons, Cole and Quinn
He was predeceased by his daughter Darlene, as well as brothers, Earle, Walter, Donald, Arthur, Dwight, and sisters, Marcella Woolard and Margaret Annett.
Bill is survived by brothers, Charles (Lila) and George (Claudette), and sister Dannielle Street.
In his younger years he was a member of the Royal Canadian Sea Cadets where he rose to become a commissioned officer and spent hundreds of hours working with the youth of Winnipeg.
He was also very involved with football in St. Vital where he was responsible for forming the St. Vital Minor Football Association and bringing midget football to St. Vital.
In later years he was active in the Windsor Park United Church.
As a member of a large family, Bill will always be remembered for his great sense of humour, his kidding abilities and his deep, easy laugh, his love of family, especially his two grandsons He will be deeply missed by all. The more we love the better we are.
A celebration of his life will follow when conditions permit.