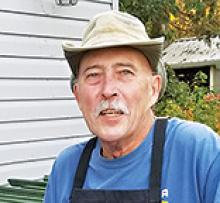 It is with heavy hearts we announce the passing of loving father and husband, David Primmer, at the age of 73, on July 23, 2021. He approached his long battle with cancer the same way he lived his life, with quiet strength, a positive outlook, and love of life.
David was predeceased by parents, Ross (1996) and Bunty (2011), and nephew David (2011). He is survived by wife Pat (Green), daughters, Lindsay (Eric), Kristin (Dave) and Paige, as well as grandchildren, Hannah, Hunter and Harrison, and sister Gail (Don). Also mourning David will be Pat's family, daughter Lori (Calvin), son Larry (Renata) and grandchildren.
David Marshall Primmer was born June 16, 1948 on the family farm in Cardale, Manitoba. He spent many happy years there, going to school and attending his local 4-H garden club. In 1966 after the family farm was sold, he moved to Winnipeg and attended the University of Manitoba. David was a devoted father of three girls; he taught them to be brave, practical, stubborn, and kind, just like him. He coached many sports teams and became a mentor to many. David retired as Chief Information Officer for the province of Manitoba in 2009. In 2010 he moved to Winnipeg Beach with his wife Pat where he was finally able to build his dream workshop. He spent many happy hours woodworking, volunteering for the community and was an active member of the Lakeside Lions Club and the Winnipeg Beach Curling Club. He liked nothing better then spending time with his family, puttering around his workshop, and being in his garden.
A private service has been held and David has been laid to rest at Glen Eden Cemetery.
The family would like to thank the doctors, nurses, and medical staff from CancerCare Manitoba and the Gimli Community Health Centre who took care of David during this difficult journey. Your kindness, dedication, and strength were not unnoticed.
If friends so desire, a donation in David's memory to the charity of your choice in David's name would be appreciated.