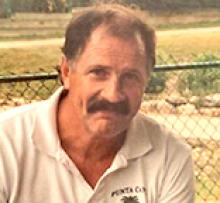 Peter Gregory Fulton was born October 16, 1950, in Birtle, Manitoba to parents, Nellie Louise Fulton and Lt. Col. Lockhart Ross Fulton. He passed peacefully at his home on The Glen in Winnipeg July 26, 2021, surrounded by family and friends. Peter led a life of adventure, self-sacrifice, devotion, and love for others, which he expressed through music, sports, building and teaching.
He is survived by his partner, Sandra Mousseau; his siblings, Bruce (Rosemarie), Geoff (Lynn), Deborah, Jennifer (Don), Abigail (Karl); his nieces and nephew, Vanessa, Liona, Evadne, Deirdre and Lockhart; multiple loved cousins and a great many significant friends.
Peter attended the University of Manitoba ultimately graduating as a teacher. He spent many years teaching in First Nations communities across northern and central Manitoba, including Nelson House, Island Lake, Easterville, Brochet, South Indian Lake, and Long Plains. He ultimately landed in Winnipeg where he taught grades 3 and 4 at Dufferin and William Whyte schools. Even after his retirement in 2012, Peter continued to volunteer, teaching many, many young people to read.
Peter was known for his love of cars - old and almost new - especially convertibles; his monumental stonework and landscaping; his absolute and often deafening devotion to the Winnipeg Jets and the Blue Bombers; his legendary get-togethers in his back yard, complete with music, laughter and, in the winter, a homemade hockey rink lovingly flooded and lit up along the Seine river where his much beloved "Seinators" duked it out each season.
Peter was a talented musician. His singing, and expertise with the guitar and harmonica will always be remembered, and he was often the much-enjoyed entertainment at weddings, events, and parties.
Best of all, Peter was a humble friend, brother and partner who loved without judgement, and gave without motive. He was well loved and will be sorely missed by those left behind. We trust he is now singing new songs with those who went before him and cruising across heaven with the top down.
A service celebrating Peter's life will be held at 2:00 p.m., Saturday, September 4, at St. George's Anglican Church in Birtle, Manitoba.
In lieu of flowers, donations can be made to a charitable fund that has been established in Peter's name to support youth-at-risk called "THE PETYR PROJECT" at: https://www.constructionfoundation.ca/petyr-project/