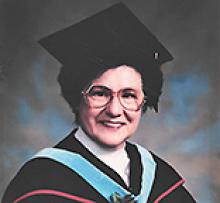 It is with great sadness the family of June Keith announce her passing on Sunday, August 1, 2021, after a short illness.
June will be remembered fondly by her children, David (Pamela) and Laurie (Pierre); her grandchildren, Natasha (Todd), Stephanie (Calvin), and Amber (Christopher) and her great-grandchildren, David, Shylynn, Haakon, Ryden, Tyleen, Tyrell, Alex, Wyatt and Brody.
June was predeceased by Richard (Dick), her loving husband of 61 years and her daughter Vicki.
June met her husband in North Bay while she was in teachers college and Dick was stationed at the air force base. The two eventually made their home in Winnipeg, where June was a much respected teacher in the St. James School Division. Years after retiring, June was frequently recognized by former students. Her love of knowledge lead her to the other side of the desk as she studied at the University of Winnipeg and achieved her graduate degree, along with the President's Award in 1990.
June was also gifted with a beautiful singing voice. In fact, during her teen years she won several medals and even made a record. June appreciated music and for decades never missed a season at Rainbow Stage, where she could be found front row, centre seat.
One of June's greatest accomplishments was championing education for young adults with learning disabilities. Her daughter Vicki was able to graduate from high school thanks to June's tireless efforts to extend learning to those with disabilities. June and her husband also supported Dove Homes which continues to help adults with intellectual challenges.
A private family service will be held.
In lieu of flowers, donations may be made to CancerCare Manitoba.