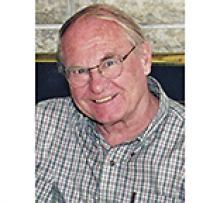 On August 4, 2021, Guenter Albert Gottfried Kramer was called to his heavenly home. He passed away peacefully after prolonged illness at age 91.
He is survived by his wife Martha Maria; sons, Matthias, Gerhard and Andreas; daughter-in-law Tamara; grandchildren, Joshua, Benjamin, Kate and Zoe; and siblings, Marianne, Botho, Joachim, and John.
Guenter was born July 8, 1930 in Königsberg, East Prussia, Germany. He immigrated to Winnipeg in 1951 along with his family. While working to support his family, he earned a degree as a Chartered Accountant in 1962. He was hired and worked at Air Canada in Revenue Accounting for 30 years and 11 months from 1962 to 1993, eventually attaining the position of Acting Director. After retiring he enjoyed life at his cottage at Victoria Beach and travelling to visit his children around the world. He served passionately at McDermot Avenue Baptist Church. He loved tending to his large vegetable garden.
Guenter dedicated his life to his family and his faith. He will be greatly missed.
A funeral service will be held at McDermot Avenue Baptist Church on Friday, August 13, 2021 at 11:30 a.m., with interment at Brookside Cemetery at 13:30 p.m.

"I am convinced that neither death nor life ... will be able to separate us from the love of God that is in Christ Jesus" (Romans 8:38-39)