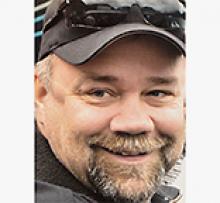 It is with great sadness that we, the family, announce the passing of our beloved brother, uncle and friend, Terry.
Terry is survived by his brothers and sister, Brian, Bob (Teresa), David (Kim), Michael (Jody) and Colleen (Tim) Cornborough, as well as many nephews and nieces. Terry was predeceased by his father Mike and his mother Ileen.
As per Terry's wishes, cremation has taken place. An informal celebration of Terry's life will happen at a later date.
The family would like to express their gratitude to the staff of the Beausejour District Hospital for their compassionate care.
In lieu of flowers, and in the spirit of Terry's giving nature, please consider a donation in Terry's memory to the Beausejour and Area Food Bank Incorporated through canadahelps.org.

This obituary may also be viewed, and
condolences can be left at:
www.interlakecremation.ca