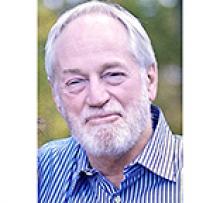 Peacefully, at his lake home in Gimli, Rob passed on August 5, 2021.
Rob was predeceased by his parents, Norman and Peggy (Milne) Hilliard of Montreal, QC. He is survived by his wife of 20 years, Leslie Turnbull and children, Dan (Satya) and Gillian (Emile); predeceased by second wife, Nancy and surviving children, Cindy (Jen) and Jeff; survived by first wife Lynn and children, Jen (Smarty) and Mike (Kelly). Rob is also survived by his seven grandchildren, three great-grandchildren, and sisters, Linda (John) and Pam (Michael).
Those who knew Rob would describe him as a fierce, unapologetically outspoken advocate for social justice and human rights. Rob's lifelong passion for worker's rights was fuelled by his experience as a miner in Thompson and Leaf Rapids, MB. As long serving president of the Manitoba Federation of Labour, Brother Rob walked picket lines, sat at bargaining tables, organized and fought for the rights of both the individual and the collective. He was a champion of and deeply involved with the NDP and received numerous awards for his work through the years.
Personally, Rob's zest for life was evident in his love for sports, blues music, the outdoors and his family. He loved a good road trip with impromptu photo opportunities and would later reminisce ad nauseum. He had plenty of stories of wildlife encounters, canoe trip fiascos and was quick to share some new trivia he discovered during his travels. Most importantly, Rob spent his last years holding his family close, sharing laughter, saying hard things and allowing himself to be vulnerable. He died having lived a full and happy life surrounded by family and love. He will be deeply missed.
We would like to thank the staff at the Manitoba Lung Transplant Program, the Health Sciences Centre and the Palliative Care team for their kindness, care and encouragement.
In lieu of flowers, donations may be made to the Manitoba Federation of Labour Occupational Health Centre.
Memorial to take place at a later date.