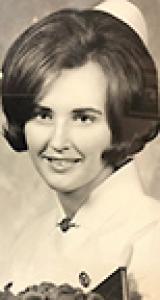 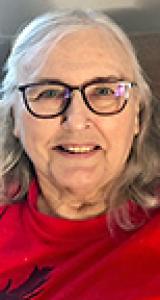 Marlien Victory Fecyk-Lamb passed away peacefully in the Palliative Care Ward of St. Boniface Hospital on Monday, August 2, 2021 at the age of 74.
Beloved wife of David. Loving mother to Rachael (Karthi Pariyasamy), Aaron (Leanna Lamb), and Matthew (Julie Lamb). Cherished Baba to Andrew, Sebastian, Alexander, Inara, Roshan and Alyssa. Survived by her dear sister Diana.
Marlien grew up in Hudson Bay and Tisdale, Saskatchewan. She was a voracious reader and excelled at academics. She completed Nurse's Training at Children's Hospital in Winnipeg where she made many lifelong friends, whom she loved dearly and spoke of fondly until her last days. It was also during this period that she met and married her best friend, David. Together they raised their three children in Ontario and Manitoba.
Marlien was an artist who created countless quilts, as well as sewn and knitted clothing. She adored making things pretty in her home and had an eye for a planting beautiful, but practical gardens.
Marlien earned two degrees later in life: A Bachelor of Arts in English and Russian Literature from the University of Toronto and a Bachelor of Nursing from the University of Manitoba. Marlien continued to be an avid reader throughout her life and was always up for a discussion about what she was reading or events of the world. She also had a great sense of humour and appreciated a good joke.
With David and often other family members, Marlien travelled much of the world. She loved learning about new places and she had a special place in her heart for India and Sri Lanka.
In retirement, David and Marlien enjoyed over a decade living in their hometown of Tisdale. After being diagnosed with multiple myeloma, Marlien and David moved back to Winnipeg to be nearer to their children. She was lovingly cared for at home throughout her battle with cancer by David and Rachael.
Marlien will be missed by so many. She was an intellect, an artist and a caregiver. She was one of the most kind-hearted, generous and honourable people around. Her friends were friends for life, and her family was most dear to her.
The family thanks the CancerCare Manitoba team of doctors and nurses who cared for her so diligently, as well as everyone at the Palliative Care Program who supported them in the home and at St. Boniface Hospital.
Interment will take place in Tisdale, Saskatchewan at a later date.
For those who wish, donations may be made to: CancerCare Manitoba Foundation in her name.