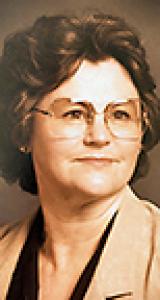 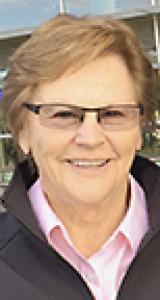 It is with deep and profound sadness that we announce the passing of Elizabeth Halko on August 7, 2021. After a short illness, Mom passed away peacefully at the Grace Hospital, at the age of 91, with Edward Halko, her loving husband of 58 years, by her side.
She will forever be remembered and loved by her daughters, Adele Joorisity (Doug), Elizabeth, Gail (Murray) and Janice Rustin (Warren), her son Robert Halko, her grandchildren, Jenni Joorisity, Kati Cunningham (Troy), Taylor, Adam Rustin, and Jack.
Mom was born in Bankend, Saskatchewan on July 3, 1930. After marrying Dad in 1963, they lived in Regina, Swift Current, Calgary, and Saskatoon before settling in Winnipeg in 1972.
After receiving her real estate license in Calgary, she started her career as a junior sales agent at the Royal Trust agency. Even though she was the first female sales agent in that office, she was welcomed by the all-male team and excelled in her position. Upon moving to Winnipeg, she joined Royal LePage, where she quickly became one of the top agents in her division. At the end of her career, Royal LePage recognized her for her truly exceptional long term selling achievements and thanked her for the significant contributions she had made to the success of the company.
In 1992, Mom and Dad moved to Kelowna to take advantage of the warm weather and the extended golf season. Not ready to retire, she studied to become a Pharmacy Technician, which she practiced with great excitement.
Mom was also an avid golfer. After joining the St. Charles Golf and Country Club in 1979, she was an active member of the ladies league and won several tournaments. Later, as a member of the Kelowna Golf and Country Club, she won the Senior Women's Championship. Her proudest golf accomplishment was getting a hole in one on the 15th hole of the Kelowna Golf Club. She played golf well into her 80s, playing her last round at her beloved St. Charles Golf and Country Club in 2019 at the age of 89.
She will be remembered as an inspirational and generous person who changed people's lives. We remember her as a pretty young farm girl, who braved a ride on a Greyhound bus to Regina with a dream in her heart. With no fixed plan, she navigated her way to find a job, a higher education and successes she couldn't have imagined. Failure was never an option, not with her children nor with her work. The successes of her children and long list of celebrated achievements are proof of that.
A funeral mass will be held at 1:00 p.m. on Tuesday, August 24, 2021 at St. John Brebeuf Church.
Please call Chapel Lawn Funeral Home between 9:00 a.m. and 4:00 p.m. to RSVP your seat as space is limited.