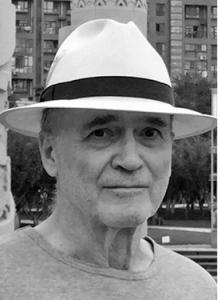 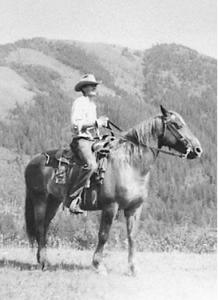 NICHOLS: Kenneth Hugh Nichols (June 7, 1936 – August 6, 2021). Born June 7, 1936, in Pincher Creek, Alberta to Edna Mary (McLaughlin) Nichols and William Matheson Graham. His parents separated when Ken was a baby and with the culture of the time, father and son did not have an opportunity to stay in contact. When Ken was six, his mother married Manley Nichols. Ken spent his formative years in Edmonton where he developed a skill and passion for music from his mother who was a talented pianist and piano teacher. Growing up, he sang as a choir boy and soloist at All Saints Cathedral, played in the Edmonton School Boys Band, and served as a page in the Alberta Legislature. He enjoyed being a big brother to his sister Ann and his brother Frank. Some of his best childhood memories were spent each summer at the IV Ranch with his maternal family outside Pincher Creek. He moved to Toronto in 1957 to study at the Royal Conservatory of Music with Pierre Souverain receiving a Licentiate Diploma in 1961. During this time, he also enjoyed summer study at the Banff Centre for the Arts with Boris Roubakine. From Toronto, he was recruited to Brandon College (now Brandon University) to teach music. What started as an interim measure turned into a 34-year association until he retired as a Professor of Music Theory and Composition in 1996. At the start of his career, the university president encouraged him to do graduate work which led him to Indiana University where he pursued a Master of Music in piano performance graduating in 1967. It was during that summer that through a chance meeting at a concert he met another graduate student, Marilyn Armstrong, who became his wife until her sudden death at the age of 45 in 1989. Encouraged to pursue doctoral studies, Ken received his PhD from the University of Minnesota in 1981. It was during this time that his advisor Paul Fetler encouraged him to pursue studying composition which also included study with Dominick Argento. One of his early compositions was a collaboration with Barbara Withey Ehnes, his daughter Helen's ballet teacher and a choreographer, for a children's ballet based on one of Helen's favourite childhood books, Thumbelina. During his life, he composed more than 70 works including choral, chamber, ballet, and musical theatre, many of them specifically for St. Matthew's Cathedral. His piece Symphonic Celebration was commissioned for the Winnipeg Symphony Orchestra's anniversary. Ken was a founding member of the Manitoba Composers Association, a member of the Canadian League of Composers, and an associate of the Canadian Music Centre. As a piano teacher, he served as a piano examiner and festival adjudicator. Post retirement, he travelled to China twice where he taught and made wonderful friends. Ken found love again with wife Jennifer (Stewart) with whom he shared a love of music and cats. They were both involved with St. Matthew's choir and with organizing the Te Deum series, particularly the Remembrance Day concerts. When Ken was in his mid-sixties, he was reunited with William's family and was excited to learn he had another sister, also named Ann, and a brother Rod. William had immigrated to the US and settled in Portland where he remarried and had a family. It gave Ken great joy and comfort to develop a relationship with his siblings, nieces and nephews. During his last year, he and Jenn moved from Brandon back to his childhood home of Pincher Creek where he enjoyed sitting on his veranda. A loyal friend, he was known for his generosity, sense of humour, delicious sour dough chocolate cake, love of the outdoors and cats, taking up the study of ballet in his forties, and stubbornness- he wasn't afraid to speak his mind. A celebration of life will take place in Pincher Creek on September 18, 2021, where he will be interred next to Marilyn and they can enjoy a single malt scotch together. Ken leaves his wife Jennifer; daughter Helen Nichols (Michael Lisonbee); grandchildren Hannah and Ethan; sister Ann Nichols and niece Allison Nichols (Ben Freeland); brother Frank Nichols (Joanne), nieces Katherine Nichols (Brent Perrin), Amie Nichols (Jeremiah Marsh), Cailey and nephew Andrew; brother Rod Graham (Teresa), niece Justine Herbert (Pat) and nephew Chris Graham (Ashley); sister Ann Kafoury (Dave), nephew Trevor (Julie) and nieces Kenan Macomber (Dave), and Stephanie Kafoury (Jim Thorne); twelve great nieces and nephews; mother-in-law Marilyn Stewart, sister-in-law Nancy Stewart (Dennis Kashton), brother-in-law Peter Stewart; sister-in-law Phyllis Bigelow (Armstrong); and many beloved cousins and friends. Gifts in memory of Ken, as a tribute to the advanced theory and composition programs he helped develop and his commitment to students, may be made to the Dr. Kenneth Nichols Memorial Scholarship at the Brandon University Foundation by mail: 270 18th Street, Brandon, MB, R7A 6A9, online: BrandonU.ca/Give, or by phone: 204-727-7374. Or to Funds For Furry Friends by mail: c/o D'Arcy Barker Money Management Counsel, 208-740 Rosser Avenue, Brandon, MB, R7A 0K9.

Condolences may be
sent through
www.edensfuneralhome.com