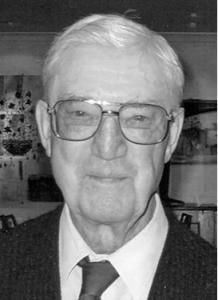 DAY: The passing of Frank Day on Wednesday, August 18, 2021 at the age of 101, marked the end of an adventurous and varied life. Frank was born in Tunbridge Wells, Kent (the county known as The Garden of England) on July 16, 1920. His father was a gardener and his grandfather, to whom Frank felt a particular love and affinity, rose to become Head Gardener on a substantial local property. The darkening political situation in Europe dictated Frank's activities after a few short term jobs on leaving school, when he joined the Devonshire Regiment of the British Army in January 1939. His battalion was posted to the Far East in early 1942 and after jungle training he served in the long and arduous Burma Campaign until the defeat of the Japanese Empire in August 1945. During his service in India and Burma Frank was wounded twice, being evacuated to Ceylon (now Sri Lanka) to recover on one occasion. On demobilization in April 1946 adventure still called and he set out for Canada. The appeal of a job in an Ocean Falls, BC lumber mill withered one day, after he spotted half of one of his fingers lying on the floor, seeming to beckon him away. He took its advice and moved swiftly on to Australia. There his luck changed when he met Miss Margaret Primmer, herself a Canadian from Cardale, Manitoba, and they married on 15th August 1949. Now willing to take a more balanced view of Canada, Frank agreed to return and trained as a car mechanic. This enabled him to enter the RCAF in 1952, where he began a career working on aircraft engines and latterly in related administration. He greatly enjoyed his posting to Baden-Baden, Germany, with the opportunities it offered to explore mainland Europe. Frank's second demob, in 1970, opened the way to another new career one which returned him to his heritage, which was horticulture. After training, he worked for Brandon General Hospital and the old Assiniboine Hospital as a gardener and horti-culturalist. This kept him very busy as, at that time, the hospital had greenhouse activities as well as extensive grounds to be kept in top order. He retired in November 1986. Thereafter, Frank remained an energetic outdoors person, a cyclist, hiker and member of the Wilderness and Naturalists Club. He only hung up his bicycle at the age of 90 and loved to look back on his memories til virtually the end. His main indoor pastime for many years (apart from extensive reading) and at which he developed great expertise, was calligraphy. Frank will be fondly remembered by the circle of friends his activities introduced him to. He treasured the valuable times spent with them, be it hiking in the parks, coffee and lunch dates on a regular basis, or discussion of the wide array of books that he shared and most of all the many invitations for a good home cooked meal. Margaret predeceased Frank in 1994. They had no children. He was also predeceased by his parents Walter and Ethel and his sister Iris Misciewicz. Gratitude is expressed to the wonderful staff at Victoria Landing and Dinsdale PCH who cared for Frank in recent years. In accordance with Frank's instructions, there will be no funeral. A private interment will be held at a later date.