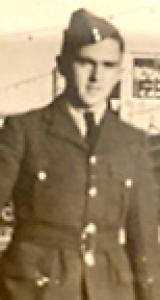 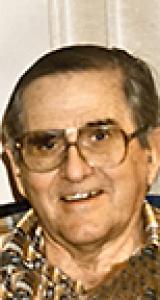 Dr. Marvin Ernest Seale, of Winnipeg, Manitoba, passed away on August 15, 2021 at the age of 99, of natural causes. The final few months of his life were spent at Deer Lodge Centre.
He is survived by his wife of 68 years, Gloria. He was predeceased by his father, Robert Seale, in 1925, and his mother, Myrtle Seale, in 1985.
Marvin was born in Tofield, Alberta, on June 7, 1922. He completed public school at Lakeshore School and Tofield High School. He moved to Edmonton with his mother in 1940.
Marvin's life was forever shaped by the time he spent in the Royal Canadian Air Force, as a navigator, during the Second World War. He spent three years overseas and completed a full tour of 30 missions.
Following his time with the R.C.A.F., Marvin enrolled at the University of Alberta, completing a Bachelor of Science degree in Agriculture in 1948. In 1951, he earned a Master's of Science degree at the University of Minnesota. He was appointed to the Department of Animal Science at the University of Manitoba, in the same year. He earned his Ph.D. from the University of Minnesota in 1965. Marvin made a significant contribution to the agricultural industry during his 40-year career at the University of Manitoba, which was recognized through being made a Fellow in the Agricultural Institute of Canada. He was also bestowed the title of Professor Emeritus upon retirement.
Following retirement, he remained an active member of the Wartime Pilots and Observers' Association. He was dedicated to improving the welfare of veterans and the perpetuation of the history and memory of Canada's role in two World Wars. In 1995, he edited Memories on Parade, a significant collection of memoirs from members of the Royal Canadian Air Force that provided insight into the experiences of aircrew and servicemen in the Second World War.
Marvin married Gloria Huxley in 1953. He and Gloria remained in their house in Norwood for over 60 years. They enjoyed the company of their friends, travelling, and spending time with their growing family. Together they had four children: Robert, Patricia Solomon (Hart), Maureen Fediuk (Randy), and Carolyn Seale (Scott Colwell); grandchildren include, Glynis Fediuk, Patrick Fediuk (Nicole), Cameron Fediuk, April Scholz, and William Scholz. In 2018, they welcomed the addition of great-grandson John Fediuk (Patrick and Nicole).
A celebration of Marvin's life will take place in the Tache Salon of the Norwood Hotel, on Saturday, September 25, from 2:00 to 4:00 p.m. Those who are not vaccinated may send their condolences on the Voyage Funeral Home website. As per Marvin's wishes, his remains will be interred in Tofield, Alberta, at a later date.
Marvin's family extends their sincere appreciation to the staff at Deer Lodge Centre for the excellent and compassionate care he received in the final months of his life.
In lieu of flowers, donations can be made to the Canadian Warplane Heritage Museum, https://www.warplane.com/donate/monetary-donations.aspx