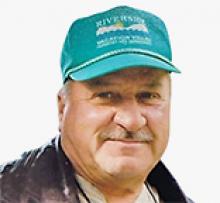 Rod, aged 72, passed away very suddenly at Sunnybrook Hospital in Toronto, Ontario.
He is survived by his wife of 51 years, Lesley, and his children, Jeffery Hazlehurst of Winnipeg, Allison Hornung (Dave) of Niverville, Manitoba, and his five grandsons, whom he loved dearly - Tristan Perras-Hazlehurst of Halifax, Nova Scotia and Hunter Clayton of London, Ontario, and Jett, Kayson and Dallin Hornung of Niverville.
He also leaves his sister Diane Harding and his brothers, Bob and Daryl Hazlehurst. Rod was predeceased by his parents - Bob in November, 1982 and Fran in January, 2012.
Rod spent some of his favourite times as a kid at the family farm in Silverton, and in later years, visiting his Grannie Hazlehurst in Binscarth and then Russell, Manitoba.
He grew up in West Kildonan, and as a young boy listened to the old Westerns and Detective shows on the radio in his room at night. Rod taught Sunday School as a teen at Grace Baptist Church and attended dances at Young People's on Hartford. He was Warrant Officer 1st Class of Air Canada 177 Air Cadet Squadron and for many years civilian taught. Rod was the proud owner of the "hottest" car in West Kildonan at the time - his '63 Chevy SS convertible. Rod and Lesley married on August 23, 1969 and he traded that car to some guy at the corner store in 1971 because he thought it was too cold for the new baby!!
Rod enjoyed many years trailering with the Winnipeg Nomads Trailer Club.
Rod was a lover of animals - in fact, probably preferred them to humans, as witnessed by his neighbours - he allowed animals to reside in his house at times - raccoons, mice, etc. He fed them all and encouraged them to drop in, much to complaints from Lesley! He had a little battery operated vacuum that he would use to suck up the flies in the window sills and release them back to the outdoors.
Rod retired in October, 2001, having been with Air Canada for 35 years. He was in Winnipeg Flight Crew Scheduling, Montreal Dorval Aircraft Routing and Toronto Pearson System Operations Control. He always wanted to work out on the ramp and spent his last year as Manager out on the ramp in baggage.
The family would like to give a heartfelt "Thank You" to our dear, lifelong friends Garry and Sandra Purves of Bolton, Ontario and our wonderful neighbours in Waldemar, Ontario - John and Lucy Resendes, Jim and Jill Chaput and Bob and Nancy Simmons. Your friendship was invaluable in the most difficult of times. Love you guys!!
Cremation has taken place and a celebration of Rod's life will be held at Glen Eden Cemetery, 4477 Main Street, West St. Paul, on Wednesday, August 25 at 2:00 p.m.
If you are unable to attend in person, but still wish to take part in Rod's Celebration of Life, the family would like to extend the invitation to join us online. You can access the celebration at: