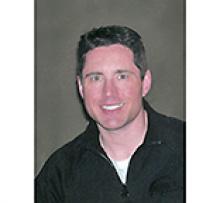 With deep sorrow, on Sunday, August 15, the family announces the tragic passing of Darren, beloved son of Diane, and dear brother of Lindsay.
Darren attended Montrose, River Heights, and Kelvin High schools and graduated from the University of Manitoba. He then went on to obtain his Securities Commissions License and his Realtors License, having many successful years as a realtor.
In his youth he swam, and played soccer and hockey with elite teams. He made many life lasting friends at this time. Darren was a member of the Refit and was nominated for the Healthy Living Award in 2003. He ran marathons in Winnipeg and Las Vegas and enjoyed travel and attending concerts.
Darren was predeceased by his father Raymond, uncle Allan, grandparents, Florence and Stanley Thatcher and Pearl and Matthew Bates. Besides his mother (Ken) and sister, Darren is survived by his aunt Susan, cousin Kristin (Nolan) and Levi, all of Regina. He also leaves his cousin Nancy, aunt Lorna (Kevin, Darryl [Pauline]), aunt Joanne (Matthew, Raymond, Larissa and Dr. Allan) and all their families, many cousins, nieces and nephews. He will also be missed by his little "Pal Joey."
Darren was intelligent and caring. He showed so much potential when life was good for him. With a kind heart he lived his life to the best of his ability, even though he struggled with bipolar and addiction throughout his adult years.
We would like to thank Sajed, the Winnipeg Fire Department, the Medical Examiner, and all family and friends reaching out at this sad time.
A memorial service will be held at a later date.

In lieu of flowers, donations may be sent to the Addictions Foundation of Manitoba, 1031 Portage Avenue, Winnipeg, MB R3G 0R8.