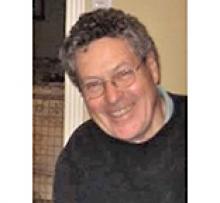 Peacefully on the morning of Saturday, August 21, 2021 Bill Chalmers passed away at the age of 83.
Bill was a loving and caring man who was fiercely proud of all his girls. He will be deeply missed by his beloved wife of almost 62 years, Merle (Nosworthy), daughters, Kathryn, Elizabeth, Mary (Graham Zakaluk), and granddaughters, Christine (Stephen Pratt) and Paige (Andrew Rawson). Also saddened by Bill's passing are his sister Joan (Harry Hartley), many nieces, nephews, cousins, colleagues, neighbours and friends - especially his best friend and beloved Labrador Retriever, Jake.
Bill was predeceased by his parents, William (Ted) and Mary L. Chalmers, and his sisters, Barrie Wilson and Mary Anne Schiestel.
Born and raised in Winnipeg, Bill attended Gordon Bell High School and the University of Manitoba where he was a member of Sigma Lambda Phi fraternity. Bill remained close to his school and university friends his entire life. Bill worked for the T. Eaton Company throughout university and until 1977.
Bill enjoyed life on the prairies and as an avid duck hunter, he spent time every fall - without fail - in the fields and sloughs surrounding Deloraine, Manitoba, with friends and family but especially with his cousin Grant and good friend, Ross. It was his happy spot and the place that brought him the most peace.
A transfer with Eaton's in 1964 moved Bill, Merle, Kathryn and Liz to Toronto where friends and neighbours became family and Bill was introduced to his lifelong passion - downhill skiing. In 1977, Bill was recruited by Burdine's department store in Miami, Florida and the Chalmers family began a quick two-year adventure in the South. By 1979, the family was on the move again, this time to Pelham Manor, NY as Bill accepted an executive position with Bloomingdale's in New York City. The family's time in New York was a happy time, and Bill and Merle became known as amazing hosts for their welcoming ways and great parties.
By late 1985, Bill and Merle returned to Winnipeg as Bill began focusing on smaller businesses and then ultimately became the owner of Dominion Pallet and Crate for 23 years until he retired in 2018 at the age of 80. Even after retirement, Bill continued to mentor young and new-to-business business owners. He never hesitated to answer a call or a request for help.
Once back in Winnipeg, Merle and Bill enjoyed many more years of dinner parties, out of town guests, and treasured family time both in the city and on Willow Island, a home loved by Bill. Time spent at their home in Breckenridge, Colorado allowed for more ski trips with friends and family.
Bill was an avid supporter of sports. Watching Monday Night Football and Winnipeg Jets' games with friends were highlights of his week. Ski trips throughout North America and Europe were annual events that began as wild multi-family vacations and transitioned over the years into ski weeks with the guys and then into golf holidays. Bill enjoyed lively political debate amongst family and friends and was always interested in current news and events in addition to researching family history.
A memorial service will be held at the Thomson Funeral Home, 669 Broadway, on Thursday August 26, 2021, at 2:00 p.m. *Due to Covid-19 restrictions, the reception following will be by invitation only.*
In lieu of flowers, a donation may be made to the Heart & Stroke Foundation of Manitoba or to a charity of your choice.