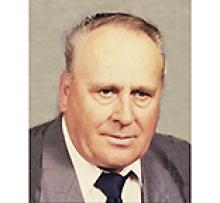 It is with heavy hearts that we announce the passing of Jake Ernest Dyck after a long struggle with dementia and cancer.
He leaves to mourn his passing his wife Margaret, and six children, Natalie (Bill) Granger, Norine (Mark) Allan, Colin (Joanna) Dyck, Kevin (Barb) Dyck, Angela (Rene) St. Pierre, Lawrence (Nicole) Dyck; 18 grandchildren and 23 great-grandchildren; as well as his brother John; and sisters, Marian Heindrichs and Shirley Wiebe and their families. He was predeceased by his daughter Corrine Dale; his parents, his brothers, Donald and Henry; and sisters, Helen and Betty.
He was born to Hendrick and Helena Dyck on March 19, 1935 in Gladstone, MB. Dad was a farmer, mechanic pipefitter and retired from the CN Carshop in the early 90s. He was a self-taught musician and played guitar, fiddle, mandolin and harmonica. He loved farm life and raising livestock especially his horses and Hereford cows. He married mom April 4, 1959 and they lived in Winnipeg, Fort Whyte and then farmed in Dugald and Tyndall, MB where dad retired. He and mom moved to Plumas then Arden and finally back to Morden where dad spent the last few years under the great care of the staff at Tabor Home. The staff at Tabor did an awesome job of caring for him and putting up with the family.
Public viewing will be from 1:00 p.m. until 8:00 p.m. on Wednesday at Wiebe Funeral Chapel, Morden. The service will be held at 2:00 p.m. on Thursday, August 26, 2021 at the Pembina Pines venue with interment at the Southside Cemetery in Morden officiated by Pastor Gerald Dyck.
In lieu of flowers, donations may be made in Jake's memory to Tabor Home Inc. or the Alzheimer Society of Manitoba.