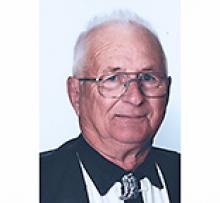 It is with heavy hearts and great sadness we announce the passing of Morris on August 21, 2021, at home in his sleep, at the age of 84.
He will be deeply missed by his wife Sylvia, and daughter Sandra (Don). He is survived by his brother Nestor and wife Ann. Also all his in-law families: Elsie Bilous; David and Phyllis Shumski; Ruth and Les Highfield; Ron and Louie Shumski; and by numerous nieces, nephews, cousins, family, friends, neighbours and all who knew him.
He was predeceased by his infant son Dennis in 1965; parents, Mike and Bessie Pankiw; sister Sylvia and brother-in-law Eddy Bilous; and in-law parents, Nick and Nillie Shumski.
Morris was born in Ethelbert, Manitoba on July 12, 1937. He went to school at Boyan School until the age of 15 years. Morris left home and worked on the Extra Gang for six years, and in Regina, Saskatchewan for two years. Meeting his wife Sylvia, they were married on November 18, 1961. Married together for 59 years. Moving to Winnipeg in 1962 to seek for jobs. Morris worked at Motor Coach Industries for 40 years until his retirement in 2002. He lived in Winnipeg for 21 years and then moved to St. Andrews, Manitoba in 1983 until present.
His leisure past times was making a trip once a year to Ethelbert and campout on the family farm. He enjoyed fishing, going to Jets games but his favourite team was Toronto Maple Leafs. He also loved his country music especially by George Jones, his favourite movies was by John Wayne. Morris always liked to keep his yard clean. He made sure it always was cut and loved trees, shrubs and flowers.
Morris was a real people person. His door was always open to come and sit down for a cup of coffee.
He will be sadly missed by all.
Pallbearers will be David Shumski, Les Highfield, Ron Shumski, Edwin Bilous, Justin Sobotkiewicz, Kristopher Stapleton and Matthew Stapleton.
Funeral service will be held on Saturday, August 28, 2021 at 2:00 p.m. at Glen Eden Funeral Home, 4477 Main Street with viewing an hour before.
In lieu of flowers, donations can be made to a charity of your choice.