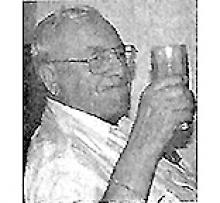 "Souls will never ascend to Heaven
until the sight of beauty lifts them there."

Regrettably, I was shut out of participating in the writing of the obituary and the funeral
itself. My daughter, who he referred to as his "only grandchild" was sadly not mentioned. I am now contributing to his legacy by adding my special memories of my Dad.

I, Wendy Starr (nee Bergner) was born in 1959 and his son in 1967. He and my mother separated in 1969 when she got sick and my parental grandparents in Winnipeg stepped up to foster us. At 14, I was deemed old
enough to move to Gypsumville to live with Dad and look after his son when he wasn't able to be there.
Our daughter, Brittany was his only grandchild. He loved to spoil her with chocolate in her younger years and later on provided for her university education. His eyes lit up and he became lucid, even at his worst in
palliative care, when I spoke of her
accomplishments and he asked questions about her.
My dad loved many things, blueberry
pancakes, Earl Grey tea, salty treats and salt in general . . . (which he asked for and I took packets to him in palliative care). I always
included a jar or 2 of gourmet olives, various nuts and dots pretzels in his Christmas
package. He loved Rae & Jerry's Steakhouse, which he was first introduced to when he painted lines in the parking lot in the 50's. He used to steal olives from my martinis at R&J's (until I learned to always order 4 knowing we were "sharing"). He always gave us gift
certificates for Christmas to R&J's and many family dinners were had there even as his driving became difficult in his later years, we would pick him up and take him home to Stonewall. Long driving adventures with us throughout Manitoba and occasionally
steering off to Kenora. Evening phone
conversations with Brad every few days (and he let it be known if too much time had
passed). Sneaking food under the table to our dog Felix and then just giving a devilish smile when caught. Chopping wood and critiquing our garden at our cottage, growing and babying his tomatoes every year (his girls), having his pre supper (he hated it called
"dinner") nightly drink (or 2) of Crown Royal (Brittany even had a bottle of Crown Royal made for him one Father's Day during a
promotion they had, that read for the "B.E.S.T. Grampa" which was of course a play on his company name and he really got a kick out of it. In one conversation we had late in his illness, he said he would have liked to see more places. When I asked him where, he said Osoyoos . . . I think of him and feel his
presence whenever I am there. Another
interesting fact is that "Bergner lake" in Northern Manitoba was named after him (long story) which I didn't know until years later. My last father's day with him was so memorable and one of the best. We picked up catering from the Red Lobster and he so
enjoyed it. I am so thankful we came back from Arizona to be with him immediately after he called and said the cancer was
terminal. Always grateful for that extra time with you.
Hope is found in grief when we carry on what we loved most about those we lost. My mind still talks to you. My heart still looks for you. But my soul knows you are at peace. I miss you every single day Dad.