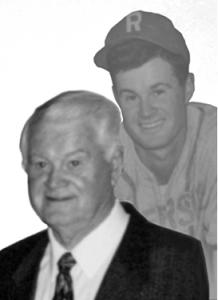 HUNTER: Gordon "Gord" Alexander passed away at the Brandon Regional Health Centre on Saturday, August 14, 2021. Gord was predeceased by his son Dale; parents Arthur and Jane (nee Moffat); brother Bill; sisters Muriel (Robert MacPherson) and Doreen (Morris Seafoot); brothers-in-law Allan (Audrey), Mel and Deb Mealy. Gord is survived by wife Marlene; daughter Lana (Drew Hawkins); granddaughters Teagan (Craig Reuther) and Tasha (Derek Jory); great grandchildren Denver, Korbyn, Mabel and Gracie; daughter-in-law Kim (nee Dalman); brothers-in-law Bill (Joyce) and Jack Mealy; sisters-in-law Lois and Marlene Mealy; many nieces and nephews; and long-time neighbour and friend Gene Cory (Marguerite, deceased) and family. Gord was born in Brandon, MB in 1932 and his family lived on a farm north of Brandon until he was five years old; the family relocated to the Nesbitt area in 1937. Gord attended grade school in the Chelsey district and high school at Brandon B.C.I. He attended Brandon University, but left and went back to help on the family farm when his father passed away in 1952. During his university years, Gord worked for Hydro and played hockey, basketball, football, and track & field – he still holds BU sports records to this day. He also played goalie for the Brandon Wheat Kings (an MJHL team at the time). Gord was known as "Rudy Toot" and his stance on winning was the same regardless of what he was competing in: "It takes just as much time to win as it does to lose, so you might as well win." He was inducted into the BU Hockey Hall of Fame in 1996 and the Manitoba Baseball Hall of Fame in 1998 (Riverside Canucks team) and 2007 (Player/Builder). After moving back to the family farm, Gord farmed for over 40 years. One of his passions was raising purebred hogs and he won several championships, including five Canadian Championships, for Swine shows at Brandon and Toronto Exhibitions. Gord was a member and President of the Manitoba Swine Breeders Association and was one of the first to import American Hampshire breeding stock into Manitoba; not surprisingly, he raised the top Hampshire herd in western Canada. Gord was also a member of the Canadian Seed Growers Association and a registered seed grower. In his spare time, he loved going to auction sales with close friends and collecting what he saw as "treasures". Gord married Marlene in 1959 and bought the Brander farm where they raised Dale and Lana. Gord played and coached baseball with the Riverside Canucks and Nesbitt Brewers for over 20 years and was also fond of umpiring. He refereed hockey for 15 years achieving a fourth level certificate, and in later years enjoyed curling and golfing. People described him as intelligent, generous, non-judgmental, giving, decisive and athletic. He made our world a better place. Thank you to Memories Chapel, Shady Lane Tea Room, the staff of 300 and A3 Palliative Care Unit at BRHC, and Dinsdale PCH, as well as Dr. Maier, Dr. Wettig, and Dr. Ahweng. A private graveside service was held at the Brandon Cemetery with Rev. Harvey Hurren officiating. Donations in memory of Gord may be made to a charity of one's choice.

"We miss you Gord"
Expressions of sympathy may be made at
www.memorieschapel.com