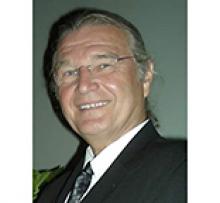 It is with deep sadness, that we announce the passing of Borden Hasiuk who passed away peacefully at Tilbury Manor in Ontario on August 14, 2021 at the age of 74.
Borden was predeceased by his parents, Teofila and Stefan Hasiuk. He leaves to mourn his wife Anita, his daughter Lori, son Mark, stepson John Chernick, stepdaughter Signe Chernick, brother Bill (Debbie), grand children Codie, Brayden (Tesa), Colton,
Thomas, great-granddaughter Amara, and niece Kelsey.
Borden was born in Europe in 1947 and came to Canada in 1949, with his parents
finally settling in Winnipeg. He took to his love of the Army and joined the Militia at 16 years of age. He worked his way up the chain of command and served three terms as
Colonel of the Fort Garry Horse and one final term as Colonel of The Royal Winnipeg
Camerons. He retired from the Army shortly after a final tour of duty peace keeping in Bosnia in 2003. He was also a teacher and principal in Manitoba, Ontario, China and Saudia Arabia, where he touched the lives of many students all over the world. He will be missed, but never forgotten. RIP Boogsy
Cremation has taken place. A private graveside service took place on August 20, 2021 at Maple Leaf Cemetery in Tilbury,
Ontario.