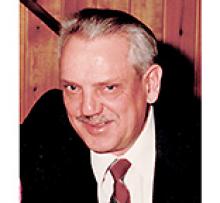 Born in Dortmund, Germany at the very beginning of Second World War, Karl grew up there and attended his beloved Graf Konrad Schule. He was an active member of the Baptist Youth group at ChristusKirche, who enjoyed playing guitar and harmonica. It is there where he met his future wife, Ingrid (née Paas). He often spoke of his time with Ingrid, as well as his first automobile, a VW Beetle and his memorable trips to the Alps. Karl finished his apprenticeship as bricklayer in Germany.
Karl married Ingrid in 1963 and together had three sons, Dirk, Andy and Michael. They immigrated to Winnipeg, Canada in 1970. He worked at Empire Iron Works, driving trucks and working on construction sites for 32 years before retiring in 2002.
Karl enjoyed spending time at home and relaxing at the cottage by Lac du Bonnet as well as playing harmonica. His humour and friendly demeanor endeared him to the people around him.
Karl is survived by Ingrid, his three sons and seven grandchildren.