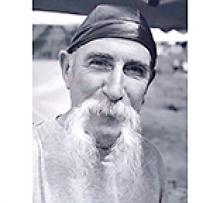 Surrounded by the love of his family, Lou passed away on August 13, 2021 at the AgeCare Seton home in Calgary.
Lou is lovingly remembered by his partner Karonne, daughter Katie; sisters, Elsie, his twin Claudette, Pauline, and Lea, along with many nieces, nephews, cousins and friends.
Lou was predeceased by his parents, Alcide and Albertine; his sister Florence Westendorf, and his two brothers-in-law, John Chomichuk and Peter Leger.
Lou was born on October 24, 1941 in St. Norbert where he spent most of his formative years. He attended St. Boniface Boys College for part of his high school years. He flourished in this small community to become a man of good character with many qualities and of few words. Following high school Lou took a heavy-duty mechanics course, worked in the nickel mine in Thompson before finding his true calling as a firefighter. He started his career at the Fort Garry Fire Department, moved to Vancouver where he joined the Delta Fire Department wearing number 25. He had a strong work ethic, was conscientious and always took pride in his work. Lou retired as a Captain in the late 90's.
Lou enjoyed watching and participating in sports. His love for hockey began at a young age on a patch of ice in the back yard and continued well into his fifties playing in a non-contact league. Lou loved the outdoors, and enjoyed golfing, hunting, fishing, walking with the dog and his many toys.
He was very devoted to his family, his daughter was his pride and joy. Lou and Karonne retired to Green Lake, BC where they lived surrounded by nature. Together they travelled to Australia, took a few cruises and enjoyed a good number of winters in Mexico and Arizona.
We will always cherish Lou's character, kindness, giving ways, resourcefulness, and not least his humour and mischievous nature. He touched many lives and will be missed by all who knew him.

You will always live on in our hearts.
Walk on Lou. Walk on.

A graveside service will be held in St. Norbert next year.