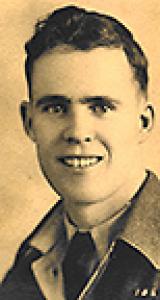 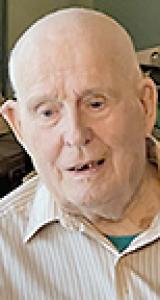 On August 19, 2021, Melford Allen Maguire passed away, at the Grace Hospital in Winnipeg, Manitoba.
He was the true patriarch of our family and will be greatly missed. Mel is survived by children – Gloria, Jerry, Barry, and David; grandchildren - Kristin, Andrea, Gregory, Heather, Tim, and Kevin; great-grand children – Tea, Jaxon, Griffin, Evelyn, Hazel, Molly, Murphy and Peyton.
He was predeceased by his wife Evelyn of 59 years; daughter Beverly; parents - Lawrence and Rosie; siblings Stanley, Eddy, Clifton and Arlene.
Mel was born on July 15, 1925, in the Shell River Municipality, and grew up on the family farm in Silverwood, Manitoba and loved playing baseball at school. On November 18, 1942, at the age of 17, He joined the Armed Forces, Regimental Number H-103417, he was so proud of serving his country.
Mel moved to Winnipeg, met and married Evelyn, started working for Winnipeg Supply then the Hoover Company, they had five children and later moved to Edmonton, Alberta. While in Edmonton, Mel worked at the T. Eaton Company downtown and managed the sewing machine department. He eventually moved back to Winnipeg with his family and lived in their house in Fort Richmond until his passing. Mel proudly continued his sewing machine trade right into his 90s. He loved watching baseball on TV and rarely missed his favorite team, the Toronto Blue Jays.
Mel lived a full life and was alert and sharp right until the end. Thank you to St. Boniface and Grace Hospital Staff for making Mel's last few days comfortable.
As per his wishes, Mel has been cremated and there will be no service.
In lieu of flowers, donations may be made to a charity of your choice.