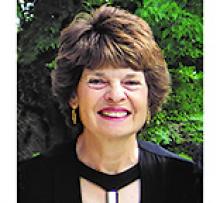 It is with great sadness that we announce the passing of Diane Barbara Rennie at Rosewood Lodge Personal Care Home at the age of 74.
Diane was predeceased by her husband Bruce Rennie in 2011, parents Leo and Mary Grandmont and granddaughter Felisha Rennie.
Left to cherish her memory are her daughter Tracy, son-in-law Blair and grandson Jonathon and her dear companion Craig Ross; sisters Janet (Bill) Kennedy, and Catherine (Michael) Macdonald, brothers George (Gayle) Grandmont, Gerald (Lori) Grandmont, and Philip (Lori) Grandmont and nieces and nephews; Bruce's brothers Leslie (Patti) Rennie and Ken (Loretta) Rennie.
Diane was born in Stonewall and grew up in Argyle (and spent most of her life in Argyle). Living in Argyle, she was close to Granny Grandmont, Grandpa Siska and numerous aunts, uncles and cousins.
Diane was the eldest of six children. As soon as she finished high school, she moved to Winnipeg and started work at Great West Life.
Diane met Bruce when they lived in the same apartment block. They married in 1966, started a family and moved back to Argyle.
Diane worked at Comstock until she started working at the family business, Leo's Sales and Service, along with her dad and brothers and later her niece and nephews, until she retired in 2010.
In 2013, Diane bought her mother's condo and moved to Stonewall to be closer to family. Diane met Craig Ross at the condos and started a new chapter in her life. Unfortunately, their time together was cut short due to her illness.
For Diane, family was important. She especially enjoyed family get togethers and spending time with her "little man" Jonathon. She was Jonathon's #1 fan at his hockey and soccer games.
Diane was a lifetime member of the Argyle Curling Club. She enjoyed curling until she was unable to play the last couple of years.
Diane loved music and played the organ at Christ the King Catholic Church for many years. Diane also joined the Quarry Choristers with her two sisters-in-law Gayle and Lori. She really enjoyed the choir and the trips they took.
Diane enjoyed gardening, picking berries, canning, baking, ceramics, knitting, stamp collecting, bird watching, shopping, as well as volunteering in her community. She enjoyed her trips to Grand Forks and vacations with family and friends.
Diane also enjoyed her time spent with the "Argyle Walking Girls".
The family would like to thank all the home care workers that helped Diane, both at home and at Rosewood, neighbours, nurses, Dr. Graham and all the angels that came into her life.
A memorial mass will be celebrated on Tuesday, August 31, 2021 at 1:00 p.m. at Christ the King Catholic Church, 315 2nd St. E., Stonewall, MB (masks are required). Limited seating, friends and family will also be able to listen to the service outside. Interment will follow at Brant Argyle Cemetery.
In lieu of flowers, if desired, donations can be made to Brant Argyle Cemetery Board, Box 204, Argyle, MB. R0C 0B0.