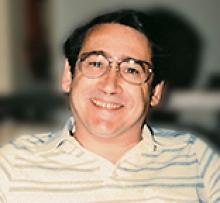 On August 24, 2021, Michel (Mike) passed away suddenly at the age of 79.
He is survived by his children, son David; daughters, Heather (Grant) and Angela; sisters-in-law, Jean Hoffman (Larry) of Ebenezer, SK and Marilyn Dawes of Calgary; brother-in-law Lorne Dawes (Anne) of Calgary; grandchildren, Ryan (Lacey) of Red Deer and Meagan (Tyler).
Mike was predeceased by his wife of 55 years, Verna (nee Dawes) in 2020; his mother and father, Claire (nee Paquette) and Rene; his stepmother Ruth (nee Wilcox) and his sister Monique Bell.
Dad was born in Toronto, Ontario. He moved as a child to Montreal and then Edmonton. After marrying our Mom, they moved to Thompson, MB. Dad had many fond memories of living in the North in the 1960s. He worked for many years with Manitoba Telecom System, which brought the family to Winnipeg. He was a proud member of the Manitoba Telephone Pioneers and Lions International.
The family would like to thank Dr. Kotecha and Dr. Dawe and teams for all their care.
There will be a private memorial gathering held at a later date.
In lieu of flowers, donations may be made to CancerCare Manitoba or Diabetes Canada.