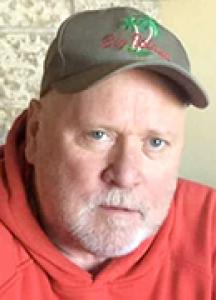 McBETH: David Henry McBeth passed away after a short illness on Friday, August 27, 2021, at sixty years of age. David leaves to mourn his sister Lori McBeth (Rodney) and children Jonathan, Chris (son Alex), and Jennifer (Bernard) (son Benjamin and daughter Sophia); brother Kevin (Trish); many cousins and their families and many close friends. He was predeceased by his parents Margaret and Richard "Dick" McBeth. Born on November 29, 1960, he was a treasured third child in the family. Growing up in Brandon, he attended Riverview, Earl Oxford and Crocus Plains. He played sports vigorously, and attracted many friends. In later years, his love of sports continued and he was an avid golfer, followed football faithfully and maintained a lively social life. He completed a two-year piano technician course in Toronto. After returning to Brandon, he chose to enter the locksmith trade, first in the private sector, and then, for twenty years, as the locksmith for the Brandon Regional Health Centre. During his time at the hospital, he acted as the CUPE representative in labour disputes, and was hailed by many as a decent and capable advocate. A "rock star", as one client put it! He loved travelling, spending time in Great Britain, Mexico, Hawaii and a number of cruises in the Caribbean and Central America. But his happiest times were with his immediate family; friend of young and old alike, he was such a popular figure at our weekly get-togethers. Now that his voice is silent, the get-togethers will be more muted than before. We all miss David very much. A graveside service to celebrate David's life will be held at Rosewood Memorial Gardens on Friday, September 3, 2021 at 2:00 p.m. Rev. Dr. Glenn Ball will officiate. Please bring a lawn chair. Flowers are gratefully declined. Donations in memory of David may be made to Brandon Regional Health Centre Foundation, 150 McTavish Avenue East, Brandon, MB R7A 2B3 or Brandon Humane Society, 2200-17th Street East, Brandon, MB R7A 7M6.