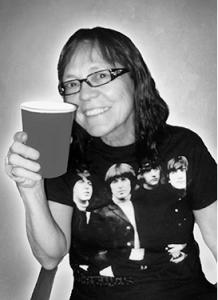 BURKE: Claire Laraine Burke (née Hector) passed away suddenly but peacefully on March 12, 2021. Claire was born on February 27, 1951 in Winnipeg, MB. She was raised in Winnipeg where she met the love of her life, Karl Burke. They were inseparable from the moment they met in 1966. They were married on June 27, 1970 in Winnipeg, MB. They were blessed with four children and then the addition of their children's spouses in the later years. Her love for her 11 grandchildren and 3 great grandchildren was undeniable. There wasn't anything she wouldn't have done for any of them. She always said the more grandkids the better for her. She always welcomed her grandkids friends into her home so much so that she was known to all of them as "Gramma Claire". Claire's love and devotion to her family was known to everyone that knew her. She was the matriarch of the Burke family and made sure everyone in the family was taken care of. She was so proud of everyone and would brag to everyone she saw about her kids and grandkids. She had many jobs in her life but her longest and most rewarding was as a Clerk at BRHC for over 24 years. She worked in many departments over the years but the Dialysis Unit always had a special in her heart. Claire will be deeply missed and always remembered by her husband of 50 years, Karl Burke; her children, Stephen (Sondra) Margulies, Justin (Kim) Burke, Jody (Tyler) Henry, and Johnna (Bryce) Wilson; her grandchildren, Daniel Margulies, Jordan (Caitlin) Henry, Matthew Margulies, Rayanne (Kyle Johnston) Henry, Madison (Christian Jackson) Wilson, Kennedy (Jonathan Sorto) Burke, Burke Wilson, Nolan Henry, Reece Burke, Dante Wilson and Camdyn Wilson and her three great-grandchildren Paisley Henry, Riley Margulies and Lennon Jackson. A private family funeral service was held August 12, 2021 at St. Augustine's Church. The family would like to thank everyone that has supported them over the last few months. The amount of gratitude we have for everyone that sent meals, flowers, donations in Claire's memory and all the kind words and memoires of Claire will never be forgotten.

We little knew that morning
that God was going
to call your name.
In life we loved you dearly,
in death we do the same
It broke our hearts to lose you, you did not go alone;
For part of us went with you,
the day God called you home.
You left us peaceful memories,
your love is still our guide;
And though we cannot see you,
you are always at our side.
Our family chain is broken and nothing seems the same;
But as God calls us one by one,
the chain will link again.