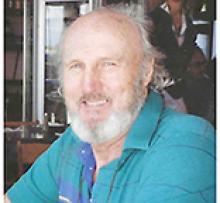 It is with profound sadness that we announce the passing of Gerald Edwin McArthur. Gerry drifted off on August 29, 2021. The last six years had been difficult, as dementia robbed him of himself.
Born in Winnipeg January 17, 1930, he is survived by his daughter Lori Hopkins and son-in-law Alan Hopkins; partner in crime and best buddy Bill Higham.
Gerry was predeceased by his wife Heather; father Cecil McArthur; mother Geraldine Brisebois; step-father Laurier Brisebois and brothers, Jim and John McArthur.
He joined the Royal Canadian Navy Air Division as a 17 year old lad, where he started his career in Aviation by getting his Aircraft Mechanics License on Aircraft Carriers. His time in the industry saw him work as a mechanic/engineer, pilot, flight teacher and consultant owning two of his own businesses, GEM Air Ltd., a federally licensed Airstrip and float plane base with his wife Heather and Vega Aviation Helicopter Charter and Flight School.
Gerry lived a long, full and adventurous life. Gerry was a going concern and was always up to something. Activities and hobbies were many and varied, RVing, travel, music, chess, old movies, dancing, gardening, golfing, fishing, socializing with friends and family, being a Freemason and Shriner, his 1942 Harley he rebuilt and rode in parades, and of course Aviation. Gerry was always available to lend a hand, help a friend and even a stranger. He was tinkering, fixing and always doing something.
He spun a great yarn and it was a treat to listen to him talk about being a young man in the Navy, working in the arctic and his travels around the world.
Gerry will be cremated according to his wishes. A celebration of his life will be held at a later date.
To those that so desire, a donation to The Khartum Shrine Patient Transportation Fund, Royal Aviation Museum of Western Canada or the Alzheimer Society of Manitoba can be made.
Lori and Alan would like to thank Thorvaldson Care Center for their compassion and caring.

Gerry lived life to the fullest.