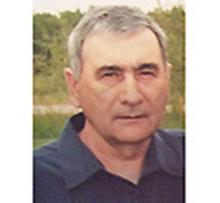 It is with great sadness, we announce the sudden loss of Victor Hogue, our beloved and devoted husband, father, grandfather, and great-grandfather, at the age of 76.
He is survived by his wife of 51 years, Selena (Erickson), and their children, Tammy (Sam) Chin, Ian (Vangie), and Jason; grandchildren, Laura and Andrea Chin, Christian and Vanessa (Cole) Hogue and Zachary Tucker; great-grandson Blake McConnell; mother-in-law Luella Erickson, sister-in-law Sandra Hogue, and siblings, Ralph (Liz) Hogue, Jack (Colleen) Hogue, Jeannette Lamblin, Yvette (Wayne) Lavallee, Lucille (Garry) Nelson, Louise (Bob) Chetyrbok, Martin (Shawna) Hogue, and Therese (Bruce) Flinta; sister-in-law Linda Erickson, and brother-in-law Don (Kathy) Erickson; as well as numerous nieces, nephews, and cousins. He was predeceased by his parents, Marie and Wilfred Hogue; his father-in-law Heidi Erickson, his brother David Hogue; brothers-in-law, Kay Lamblin and Carl Erickson; and niece Alanna Hogue Aiello.
He had two great loves in his life; family and farming. He took over the family farm in Eriksdale in the late 1960s and continued to farm the rest of his life. His creativity and ingenuity made him a jack of all trades, from auto repair and welding to carpentry. He absorbed information and always had a store of knowledge about almost anything.
Victor was never afraid of hard work, and held a number of jobs over the years to top-up his farming income; mining, trapping, driving a school bus, electronics tech, and opening a dollar store; which he and Selena ran for close to 30 years. He returned to school in his 40s, earning both his high-school GED as well as an Electrical Technician Diploma.
Despite hating to perform, he had an amazing singing voice and loved music. Victor was generous with his time and energy to family and friends, always willing to lend a hand when needed. In his younger days, he was active in the Eriksdale Judo club and played hockey with the Eriksdale Oldtimers. Shooting the breeze with his hunting buddies remained a constant throughout his life, and he enjoyed visiting with friends, family, and neighbours. He took a lot of pride in family get-togethers and taking his family on ATV trail rides around the farm.
As he aged, Vic became a putterer. He never seemed busy, but he always had several projects on the go, and would only be found in front of the TV in the evenings or when there was a football or hockey game to watch. He loved his children and grandchildren and would just quietly help (changing Tammy's car oil when she visited, helping Ian install a new house door, installing Jason's dishwasher during a visit) or buy everyone car safety equipment for Christmas. He went about making his small part of the world better with a large dose of kindness and warmth. His huge bear hugs will be missed.
Cremation has taken place, according to his wishes, with service and interment to take place at a later date.
Memorial donations (in lieu of flowers) may be made for Abbeyville Cemetery upgrades to St. Olaf's Parish, Box 704, Lundar, MB R0C 1Y0.