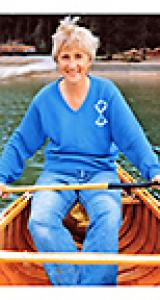 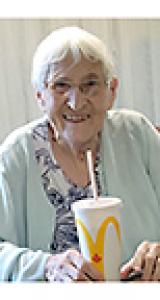 On August 29, 2021, Hildy Leverton left this world to meet God. Hildy was born on January 26, 1931.
She was predeceased by her mother Mary; father Lorne; nephews, Gary and Jeffrey; sister-in-law Thelma and brother Wilf.
She is survived by sister Jan; nieces/nephew, Gayle (Charlotte), Laurie (Garth), Tracey (Bruce), Jamie (Jacqui); great-nieces/nephews, Colin, Chad, Cara, Robin, Erin, Sydney, JC and great-great-nieces/nephews, Bryce, Mina, James, Olivia, Elizabeth, Dylan, Skye and Dawson. Hildy will also be missed by the many, many friends she made over the years.
Hildy grew up in the north end of Winnipeg on Penningham Street. As a young girl, she attended Manitoba Pioneer Camp (MPC) where she found her love of God and became a devout Christian.
Hildy graduated as a nurse from the General Hospital in Winnipeg and chose psychiatric nursing as her field of work, taking further graduate studies in this area.
Hildy was devoted to spreading the word of God through the many student groups she worked with over the years, including Nursing Christian fellowship, as well as inter-school and Inter-Varsity Christian Fellowship.
Hildy's relationship with MPC as a camper, nurse, and counsellor eventually lead her to the position of girl's camp director, a position she held for 33 years. "Curly," as she was known at MPC, loved everything that camp offered including canoeing, nature studies, campfires, out-trips, the life-long friends she met and of course the bible studies. Long after camp, Hilda remained passionate about canoeing and continued to paddle into her 70s.
Hildy was a lover of music and especially her beloved violin. From camp songs to hymns to Christmas carols, she could play almost anything by ear. In her later years, Hildy joined the Winnipeg Pops and was always so pleased when friends and family members attended her concerts.
Another love of Hildy's over the years were her cats, Sasha, Tara and Gabriel each keeping her company for many years.
Hildy's cheerful nature, positive attitude and crazy loud laugh were always appreciated by her many friends. The tremendous turnout to her 80th birthday was a testament to the number of people she touched over the years.
For the last chapter of her life, Hildy lived at the Convalescent Home, where she was loved and cared for by the wonderful staff. The compassion shown to Hildy, especially in her final days, was especially appreciated.

Hildy's was a life well lived.
God bless and paddle on.


If friends so desire, donations can be made in Hildy's honour to Manitoba Pioneer Camp or to the Winnipeg Humane Society.
Due to covid-19 restrictions, an invitation only service will take place on September 16, 2021 at 1:00 p.m. For those who wish to view the livestream recorded service, please visit Intervarsity Pioneer Camp Manitoba You Tube channel.