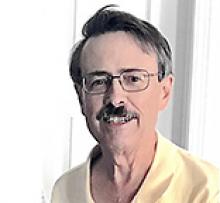 With broken hearts, we announce the passing of our beloved husband, father and grandfather, Lewis Patrick Egan on August 28, 2021 surrounded by his family and after a lengthy illness.
Lew was born in Brandon, Manitoba on August 8, 1953 to Terry Egan and Teresa O'Sullivan. He was the second oldest of eight children and the oldest son.
After moving to Winnipeg in 1965, he completed his education at St. Ignatius School, St. Paul's High School and St. Paul's College. Married Anna Manteuffel in 1975 and together they were gifted with five beautiful children, Christian (Shelley), Cailin, (Mark), Kerri (Wayne) and Erin (Steven). He was predeceased by his son Ryan Patrick, as well as his parents. He is also survived by his pride and joy, his five grandchildren, Kaleigh, Aidan, Julia, Rylan and Kinley, as well as his seven brothers and sisters and their families.
Lew spent over 30 years working in senior management positions for Manitoba Public Insurance Corporation and after retiring (the first time), went to work for the Emergency Measures Organization, where he made many lasting friendships.
He was an avid sports fan and coached his children in both hockey and soccer. He also spent 27 years as a softball umpire, including games on a national level.
He was a man of great faith and served his church of St. Vital Parish for over 40 years as a lay minister, on a board of the St. Vincent de Paul Society, the Parish Council, the Archbishop's Parochial Council and as a Grand Knight of the Bishop Grandin Knights of Columbus.
He enjoyed family game nights, fishing, travelling, holidays at the lake, his sports pools, dinners out with friends and loved the music of the 60s – a love which he passed on to some of his children.
Mass of Christian Burial will be held at St. Vital Parish on Tuesday, September 7 at 10 a.m., Fr. Mark Tarrant presiding.
Livestreaming link can be found on the parish website.
Interment will be at Assumption Cemetery.
In lieu of flowers, Lew would want donations made to the Children's Hospital Research Foundation.

We can no longer see you with our eyes
Or touch you with our hands
But we will feel you in our hearts Forever.
- Love you forever and always Lew