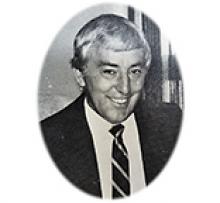 With deep sadness, the Winters family announces the passing of Dr. Jacob Winters on August 15, 2021, after a courageous battle with cancer.
Left to mourn are his wife Marge (Thorkilson), his daughter Karen, and his son Corey (Deirdre). Jack also leaves behind his twin brother John (Bernice), his sister-in-law Anne, brother-in-law Chuck Thorkilson, and many cousins, nieces, and nephews. He was predeceased by his parents, Maria (Froese) and David Winter, his sister Lena, and brother David.
Jack was born on December 23, 1933, in Kirkella, Manitoba, to a family of recently immigrated Russian Mennonites. The family soon moved near Altona, and Jack's young life was spent on the farm - a favourite memory of his early years was of squirting barn cats as he and brother John milked the cows. He eventually followed older brother David to Mennonite Collegiate Institute and subsequently graduated from programs at Manitoba Teachers' College and the University of Manitoba as he established himself in his "calling" of education. He started in a one-room schoolhouse in Melba, MB, where it was common to rise early to fuel the wood stove and greet students arriving on horseback. As he gained experience, his sights turned to the city, and he chose Jefferson Junior High School in the Seven Oaks School Division. This proved serendipitous, as Jefferson was where he met his future wife, Marge. They married in August 1966, and they were soon blessed with daughter, Karen. Jack accepted a Doctoral scholarship at Michigan State University, in Lansing, Michigan, where the family welcomed second addition, Corey.
Upon graduating and returning to Winnipeg, Jack and family spent much time at the cottage that he and John had built themselves as young men. The entire extended family made many wonderful summer memories there over the years. Emboldened, he and Marge decided to build a home in Garden City in the community that they loved so much. The result was described as "the house that Jack built", as he directed the project - contracting out the big elements to his extended family, and undertaking many of the jobs himself. To this day, it remains a source of great pride, and the Winters' family home.
Professionally, Jack had a long and rewarding career in Seven Oaks as a teacher, coach, community facilitator, principal, leader, mentor, and friend. He took pride in students' development, achievements, and their growth into members of the community - the community in which he both lived and worked for almost 60 years. He always enjoyed the wide range of neighbourly interactions over the decades with former students and colleagues alike. Jack was a proponent and pioneer of the Community Schools concept, which was adopted by the division and spread throughout the city and province. He "opened" James Nisbet Elementary and Ken Seaford Junior High Schools. Upon his retirement in 1995, he was the principal of the largest school in the province at the time, Maples Collegiate.
His days remained full after retirement, including work on international projects with Marge through the Organization for Cooperation in Overseas Development, helping schools to set up programming in Saint Kitts and Nevis. He and Marge also continued to travel and explore the world, including memorable stops in Alaska, Greece, and Japan, while in recent years spending winters in Mexico with family and friends. He also loved summertime road trips to the Sault Ste. Marie area, as time with the Thorkilson in-laws and nieces and nephews was always important to him.
Jack always believed that in addition to studies, it was important that people engage in physical activities and sports. He was an accomplished athlete and was proud of the hockey and baseball teams in Altona of which he was a part. In addition to playing, he organized and coached many athletes in countless sports over the years. From coaching Corey's seven-year-old soccer team to being a Chef de Mission of the Winnipeg North Team at the Manitoba Games, Jack was always involved and supportive. Off the field, he was also always invested in the social aspect, and his closest friends were those with which he curled and golfed.
Throughout, the church played an important role in Jack's life. He was a man of quiet faith, and it was important for him to give back, specifically to the congregation of The First Mennonite Church, where he served as usher, Sunday school teacher, member of the church council, and on multiple boards over the years.
A private family service has already been held, in consideration of the pandemic. It was very important to Jack that, if possible and safe, his funeral be at First Mennonite, and the family thanks Rev. Driedger and all of the church family involved in allowing the service to take place despite the current circumstances.
It is difficult to express everything Jack was to those in his life. He was a family man first and foremost, a loving husband and father. The outpouring from extended family and far-reaching friends has been overwhelming and so, so appreciated - we cannot possibly mention all the dear friendships he cherished, and how much you meant to him.

We are deeply grateful for his life.

In lieu of flowers, please consider supporting the younger generations of the community he held so dear by way of donation to the Jack Winters Memorial Scholarship, through the Seven Oaks Education Foundation.