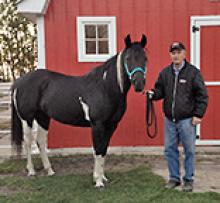 Menno Friesen, devoted husband, father, brother, uncle and friend, passed away unexpectedly on September 1, 2021 at Carman Memorial Hospital, Carman, Manitoba at age 83.
He is survived by his wife Shirley (nee Morgan); his daughter Lori and son-in-law Chris Hardy; his siblings, David Friesen (Margaret), John Friesen (Mari), Margaret Janzen and Leonard Friesen; sister-in-law Georgina Swark; brother-in-law Don Melvin; sister-in-law Marie Friesen and many nieces, nephews, extended family, friends, Gordie, Bob, Mel and Ray, Elm Creek Walkers friends, church friends and many more.
He is predeceased by his parents, Nick and Helena Friesen; his mother-in-law Helen Morgan; his sister Susan Melvin; his brother Abram Friesen; his sisters-in-law, Doris Friesen, Frances Friesen and Vivian Amison; and his brothers-in-law, Alvin Janzen, Frank Swark and Victor Amison.
Menno was born in Winkler and lived until about age ten in Kronsgart. When he was ten, he moved with his family to Elm Creek.
He married Shirley Morgan on May 19, 1962. He worked in Winnipeg for a few years, he was very proud to say he worked on building the Winnipeg Floodway. Lori was born in 1965. Menno had a farm in Oakville, Manitoba in the early part of their marriage, but then sold it and bought a farm in the Red Rose/Dallas area of the Interlake, where they spent seven happy years from 1968-1975. In 1975, Menno and Shirley sold their farm in Dallas and bought his father's farm in Elm Creek (RM of Grey). During this time, he achieved one of his life goals of owning a full square section of land.
Throughout his life, Menno worked as a welder, welding teacher, farmer and long-haul truck driver. After he retired, he and Shirley travelled far and wide. One special trip was to the Ukraine with his brother Abe on a Mennonite History tour, and they visited the area where their father was born. Menno has travelled to every province and every state except Louisiana.
His motto was, "everything in moderation," and while not always achieved, he lived an honest life. Menno was a member of the Carman Mennonite Church and was an usher there for many years; something that he took seriously as being of service for his Church community.
He loved hockey! He played with the Peguis Oldtimers and the Elm Creek Seals, he coached the Elm Creek Bantams for a few years, and watched all games avidly on TV or with whomever would go to a game with him live. He loved baseball too, and he finally got to a Major League game in April 2017, where he saw the Blue Jays win a game.
He always kept busy and active and he lived on the farm and worked on projects up to a few days before he passed. In the winters, he walked regularly with the Elm Creek walking group at the Hall. He loved to host a summer BBQ for them each summer on the farm. Menno went for coffee like clockwork each day, enjoying meeting good friends and having fun.
He gave unselfishly of himself to friends and family. He was a supportive and loving father and husband, who went above and beyond. Menno and Shirley were married for 59 years.
Menno is sorely missed, and may our comfort be in our wonderful memories of his life that was well and fully lived, and that he is in Heaven with his Lord.
Private funeral service was held at the Carman Mennonite Church with burial in the Elm Creek Cemetery.