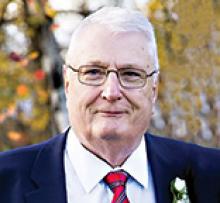 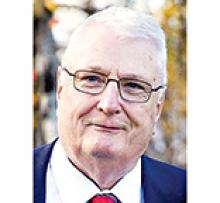 Tragically and unexpectedly, Robert James Dick (Bob) passed away at the age of 78 on September 2, 2021, in Winnipeg, Manitoba. We take comfort knowing he is in heaven, smiling, and cheering us on.
Bob was born in Winnipeg on November 11, 1942 to William James Dick and Madeleine Marguerite Dick (nee Gravel). Bob grew up in St. Boniface with his four siblings: Margaret Dick (deceased), Louise Thibeault, Suzanne Shott (Gerald, deceased), and Brian Dick (Maggie). They were raised in a strong Roman Catholic household, which became a founding principle that guided him throughout his life. Bob and his siblings grew up spending their summers at the family cabin at Gull Lake.
In 1964, Bob married Carol Aldous in Winnipeg, Manitoba. They had four children: Robert (Colleen) Dixon; Jeffery Dick (deceased in infancy); Jennifer Layte, and Dianne (Kevin) Dorle. Bob and Carol resided briefly in Regina and Saskatoon, Saskatchewan in the 1960s, where Bob extended his father's printing business. Bob and Carol returned to Winnipeg, residing primarily in St. Vital until the 1980s. Bob later married Diane Ouimet (deceased) and welcomed his stepson, Jason (Rachel) Melnyk. Papa, also known as Papa Tundra, welcomed 10 grandchildren into the "family clan": Alyssa (Avi) Bahl, Janaya (Justin) Pokrant, Caitlin (fiancé Brian) Dorle, Tiana Dixon, Noah Layte, Joshua Dorle, Sierra Dixon, Ryan Dorle, Nolan Dorle, and Ruby Melnyk. Bob welcomed his first great-grandchild, Everly Bahl in 2019. Bob has many nieces and nephews who affectionately call him "Uncle Bob" and he was a strong father figure for many. Bob found companionship in his later years with Janice Quibang.
In 1970, Bob purchased the cabin next door to his parents at Gull Lake, Manitoba, which has been his place of solitude and rejuvenation throughout his life. He marked his cabin with a stone, stating Gathering Place. We would have many family gatherings over the years, including the "yellow shirt" gathering in the early 2000s when he planted a pine tree for each of the grandchildren. Bob met lifelong friends at Gull Lake over the years. He was an active member on the Gull Lake Ratepayers Association. Bob enjoyed the geese and the peaceful, glass-like appearance of the early morning lake. He would always mutter under his breath when the first power boat went by, disturbing the water's reflection.
Bob enjoyed family time at Gull Lake with his kids and grandchildren. In recent years he took several Alaskan and Caribbean cruises with his "family clan". Conversations at dinner and hanging out near the soft serve ice cream dispenser on the cruises were two of his highlights. Each night at dinner featured a pair of grandchildren joining the adult dinner table so that Papa could specifically connect with them through teasing and grandfatherly interrogation.
Although Bob often joked about receiving the worst spelling score in grade 6, he excelled in business and math and developed his entrepreneurial spirit. In the 1970s, Bob opened his own company, Central Graphics Ltd. on Hargrave Street in Winnipeg. After 20 years, he sold his business to Azon Canada, where Bob continued to play a pivotal role in the expansion of that corporation. In the late 1990s, Bob shifted his attention to commercial real estate. He bought and sold property including the WRHA building on Hargrave Street. He later purchased the Franciscan Friary on Edmonton Street, which is now called the House of Peace. He expanded that building to offer affordable housing to immigrant/refugee women. As Bob learned from this group, he developed a sincere passion to help fleeing women establish a safe place to call home. When the land beside the House of Peace was listed for sale, he purchased the property to offer affordable housing for immigrant/refugee women and their children. He was meticulous in his design for their safety and called his vision Marie Rose Place. Bob found immense joy in being able to change the lives of so many. One of his biggest, and unexpected joys, was the young children getting off the school bus, returning home, eagerly saying, "Hi Bob!", as he greeted them.
Bob gave his time and energy freely to mentor, guide and advise budding entrepreneurs. He gifted his skill to the Catholic church on many occasions in their downsizing. Bob always gave thanks to God to have been so blessed that he could bless others. His philanthropy was quiet and understated, without the need for flashy recognition. If he could see a need, he would help. His generosity has positively impacted so many.
A Mass of Christian Burial to celebrate Bob's life will take place Tuesday, September 14 at 10:00 a.m. at St. Mary's Cathedral (353 St. Mary Ave). Viewing is available starting at 9:00 a.m. until the time of the Mass. Cremation and interment will take place at a later time.
In lieu of flowers, Bob was passionate about many projects that would support others in need. If there is a project you are passionate about, a donation in his memory would be appreciated.
Bob has left a vacancy in the lives of so many, yet we are all so much richer for his presence.


Tragically and unexpectedly, Robert James Dick (Bob) passed away at the age of 78 on September 2, 2021, in Winnipeg, Manitoba.
An outdoor service for Bob will be held Monday, September 13, 2021 at 10:00 a.m. at Green Acres Funeral Home.
A longer obituary and details will follow.