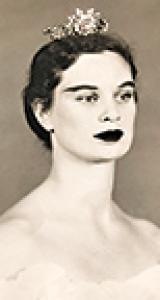 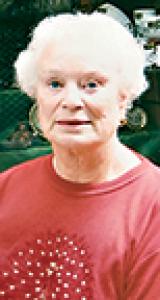 On Monday, September 6, 2021, the community lost the shining light that was Patricia Richtik. After suffering from Alzheimer's, most especially during the last two years, she seized the opportunity to leave her mortal body.
Patricia was born and raised in Winnipeg starting in 1934. Raised in an academic artsy family, she became an academic artsy person. Initially intending to become a ballerina, due to an injury early in her career, she had to settle for continuing to take classes for the next 30 years at the Royal Winnipeg Ballet. This allowed her to devote more time to her singing which involved the church choir, the Philharmonic choir, the Manitoba Opera chorus and the Rainbow Stage chorus. Basically, any opportunity available to her.
On the academic side, she graduated from Normal School (Teachers' College) in 1955 and went on to teach at Windsor school, followed by a three-year program to get her BA degree from the United College. Her next academic adventure was teaching for one year in Newfoundland, after which she returned home to a teaching opportunity at Silver Heights High School for three years.
She married James Richtik in 1961 and started a family in 1966 by adopting her son Keith. Shortly thereafter she gave birth to Steven in 1967 and Katherine in 1969.
Patricia was an avid traveller and her first major overseas trip was taken with her whole family to New Zealand and Australia in 1973 for a sabbatical year. Patricia never lost her happy feet and subsequently visited all over the world including China, Japan, Turkey, Caribbean, UK and elsewhere. As she was a full-time mom, these were initially taken as summer family trips. Later in life, James and Patricia travelled more often. Patricia was always eager to make new friends and consequently her travels revolved around visiting friends and then making more new friends of course.
She was extremely well cared for by the staff at the West Park Manor Personal Care Home who provided a comfortable, warm and entertaining environment even during the COVID-19 pandemic.
Patricia is survived by her husband James Richtik; her children, Steven Richtik, Katherine Richtik, Keith Richtik and daughter-in-law Michele Richtik; her brothers, Norman Leathers, Burton Leathers and sister Claire Ogden; her grandchildren, Taylor Richtik and Brooke Richtik.
A Celebration of Life for Patricia will be held indoors at the Glendale Golf and Country Club, 400 Augier Ave. on Monday, September 20 from 2:00 p.m. to 4:00 p.m. Only fully vaccinated people may attend.
Flowers are gratefully declined, but donations may be made to any one of the following: University of Winnipeg, Doctors without Borders, Winnipeg Philharmonic, Winnipeg Symphony Orchestra or the Royal Winnipeg Ballet.


On Monday, September 6, 2021, Patricia was released from her mortal bonds at West Park Manor Personal Care Home in Winnipeg at the age of 87.
A longer obituary will follow.