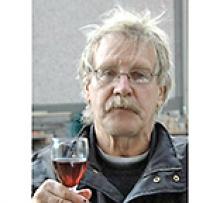 Peacefully, on July 30, 2021, Ted passed away.
He was predeceased by parents, John and Josephine Kosowan.
Born on June 3, 1947, Ted was a colourful character. He attended St. Paul's High School and graduated with a degree in Environmental Studies from the University of Manitoba. Although he never formally practiced his profession, design was one of his abiding interests, especially the masterpieces of famous architects.
Ted could not be confined to only one interest. He was fascinated with the stock market, business and politics. He was both a sprinter and a marathon runner in his younger years.
He loved the outdoors, particularly fishing. He was always coming home with master-angler awards, demanding that his neighbour Jerry witness their signing immediately.
Ted did enjoy barbecues and, in his younger years, fancied himself as quite the chef. Some of his methods were quite unusual as they were generally designed to save money on fuel.
Ted travelled extensively, making friends wherever he went. He eventually built a second home in Cozumel so that he could efficiently escape Winnipeg winters.
His constant companions were cats due to his open-door policy and rescue heart. Wherever he went, he was followed by a trail of cats, rather like the Pied Piper.
Ted's collection of all sorts of memorabilia was a source of entertainment and interest to everyone. Vintage cars especially captivated him. He always promised to fix them up. That hobby got away from him. Everything interested him. As he grew weaker, his colour started to fade. Look for him in the Northern Lights.
The family would like to extend their gratitude to the nurses and doctors of the Brandon and Selkirk Regional Health Centres for their compassion and care.
To honour Ted's memory, donations may be made to D'Arcy's Animal Rescue Centre or the Winnipeg Humane Society.
In keeping with Ted's wishes, cremation has taken place and due to restrictions on public gatherings a private family service was held on Tuesday, September 7, 2021.