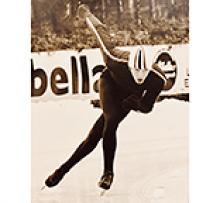 The family of Ronald James McLeish sadly announces his passing on August 18, 2021. Ron had a long battle with cancer, and passed peacefully with family by his side.
In his younger years, Ron was a world-class speedskater. He often spoke of the competitions he attended in different countries, his most memorable being Inzell, Germany. He always found time to write letters back home to update family on his European adventures.
In later years, he worked in real estate and land development. Highland Park in East St. Paul was one of the first subdivisions in which his Scottish heritage was seen in the naming of the streets, Highland Park Drive and Tartan Way. Streets in East St. Paul were also named after Ron and Bette's two daughters, Lori Lane, and Jenna Cove.
He enjoyed his summers at their cabin at Winnipeg Beach with his family, playing tennis, cycling with their daughters and many beautiful days on the sandy beaches. He enjoyed the family dinners at gramma Vivian and papa Dan's cabin with his sister Penny and her husband Roy (who loves and misses Ron deeply), and their family Travis, Conor, Cody and Amanda, as well as his sister Jackie and family when in from Calgary.
He will be sadly missed by his two daughters, Lori and Jenna McLeish, Bette McLeish and granddaughter Camilla and son in-law Paul Rymarczuk.
In his last year, he moved to the RM of Springfield to be closer to his daughters and quite enjoyed the time spent with them and country life. He never went a day without voicing how much he admired and cared for his girls.

The Highland Welcome.
When Death's dark stream I ferry o'er,
A time that surely shall come;
In Heaven itself I'll ask no more
Than just a Highland welcome.