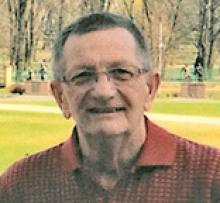 It is with great sadness we announce the passing of Mel on his 72nd birthday in Winnipeg.
Melvin was born at Ste Rose du Lac, MB to the late Pearl and Edmund Grudeski. He was raised in Kelwood, MB and upon graduation in 1967, he entered the Grace Hospital School of Radiological Technicians program, graduating in 1969. Mel primarily worked at the Misericordia Hospital and later moved to the Seven Oaks General Hospital when it was built in 1980 to be the Chief Technologist in Radiology. He retired from Seven Oaks General Hospital February 2010.
Mel loved to curl and play hardball in his younger years. He loved to watch curling, the Jets and Blue Bombers. He was especially handy with tools and could be found in his "man cave" working on a project.
Mel and Judy loved to take winter vacations with family to various Caribbean Islands and Mexico over the years.
They have a cabin at Oak Lake Island where good times were shared with family and friends, and where very good friends and neighbours Sherri, Slawomir, Shirley and Lily were met.
Besides his parents, Melvin was predeceased by brothers, Angus and Curtis, parents-in-law, Marj and John Pringle, and brother-in-law Ron.
He is survived by his wife Judy, daughters, Karlen (Kyle), Dana (Matt) and grandchildren, John, Grace, Mary, Will and Rose, siblings, Marlene (John), El, Darcy (Karen), Karen (Darryl), and nieces and nephews Corinna (Jerry) Jordan, Tara, Sean, Adam, Jeremy, and Dustin, Cameron, Megan and Chris, in-laws, Bob and Donna, Jim and Shelley and their children.
He will be missed by friends, colleagues and neighbours, Chris, Greg, Ross, Jo, John, Tannis, Bruce, Erin, Jim, Donna, Dennis, Shirley.
The family wishes to thank the staff at CancerCare Manitoba and the Palliative Care staff for their patience and compassion.
A private family interment will take place in Chapel Lawn Cemetery.
Flowers are gratefully declined but if you wish, a donation to a charity of your choice would be greatly appreciated.