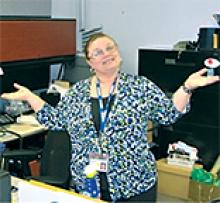 Sandy James passed away, quietly at home, on September 5, 2021, after a hard fought battle with cancer. After defeating cancer nine years ago it remerged in December 2019, with an all clear in July 2020. Cancer reappeared again in August 2020 with a grim prognosis, but Mom and Dad were able to successfully celebrate their 50th wedding anniversary in August 2020 with friends and family.
Mom was born in Winnipeg on Father's Day June 18, 1950 to David and Victoria Finney, her Dad told her she was a great Father's Day gift. After a few years the family moved from St. Charles to Elmwood where she would attend school, make friends and meet her lifelong partner Brian James. They would be married in August 1970 and live and raise their two sons in Winnipeg with a short time in Calgary where they made lasting friendships. After returning to Winnipeg in the 1980s Mom would return to work for the Federal government and would retire after 33 years of service, where Mom made lifelong friends that she would meet regularly.
Mom enjoyed her yearly vacation to the Shuswap area in Sicamous, BC where she would enjoy some summer time fun with the friends made there. In Mom's later years she enjoyed her time spent with her four grandchildren with the most recent one arriving in October 2020.
Sandy leaves behind her husband Brian, of 51 years, her two sons, Colin (Jenna) and Brett (Alysia), and four grandchildren, Adam, Fiona, Audrey and Ivy, as well as Aunt Alice Finney (Winnipeg) and sister Faye Krause (Thunder Bay), along with numerous nieces, nephews, cousins, in-laws and friends from coast to coast.
The family would like to thank the palliative care nurses Lori and Kija, as well as the home care workers for your help and time, it has been appreciated.
In lieu of flowers, if you wish, please make a donation to CancerCare, Diabetes, Heart and Stroke, Humane Society/Pet Shelter or charity of your own choice.
A private family service and interment will happen at a later date.