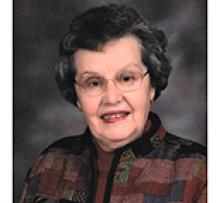 It is with heavy hearts that we announce Elizabeth Simcoe passed away peacefully, in the arms of her daughter with family around her, on the beautiful sunny morning of September 8.
Liz was predeceased by her husband Bill Simcoe (November 2020). She will be deeply missed by her son Stephen Simcoe and granddaughter Eva Slight-Simcoe; daughter Marissa Willms (Andy) and granddaughter Ellen Willms; brother Nelson Masiak (Elizabeth), and many nieces, nephews, extended family and friends. Her granddaughters were everything to her, spending time baking with them in their early years and watching them grow up into beautiful young individuals filled her heart with joy and pride.
Elizabeth was born on July 11, 1939 to Fred and Nellie Masiak of Chatfield, Manitoba. She grew up on the family farm and at a very young age of 16 moved into the city; lived with two families over a few years as a Nanny for room and board while earning her high school diploma from Gordon Bell High School. After high school Liz divided the next seven carefree years travelling North America and spending summers and holidays with friends at Winnipeg Beach. In 1964 Liz married Bill Simcoe and resided in their East Kildonan home her whole life. Liz was all about family and home, both were always her priority rarely putting herself first. She was a whip with numbers and worked in a few bookkeeping roles until settling into Eaton's cash office where she had a 24 year career until the store closed its doors.
Liz enjoyed travel at a young age and again in her retirement. She and Bill spent many years travelling and enjoyed many years at the family cottage in Grand Beach. Liz was a devoted parishioner of Holy Eucharist Ukrainian Catholic Church and belonged to the (UCWL) Ukrainian Catholic Women's League for many decades. She looked forward every week to making perogies at the church until she could no longer attend.
Dementia robbed Liz of her memories but it also robbed those who loved her. Although dementia is a cruel disease it did not take her emotions. Moments of joy were still had - it was just in a different way. Liz remained happy and greeted every visitor with a warm smile.
The family would like to thank the staff of Irene Barron Eden Centre and River East Personal Care Home for their compassion and care. A very special thanks to Shauna of River East Personal Care Home, whose beautiful heart showed love and compassion to our Mom which was so comforting as we could not always be there.
A private family service will be held.