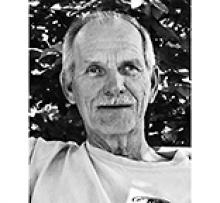 The world has lost a very loving, gentle man. On September 10, 2021, Ray passed away as he lived, with grace, dignity and his loving wife of 43 years, Janis, at his side.
He's survived by Janis; his children, Karla (Richard), Craig (Laura), and Kevin (Pam); grandchildren, Kaitlyn (Kaleb), Joshua, Taya, Frankie, Lola and Marek; his brothers, Alvin (Carole) and Bob (Doreen); brothers-in-law, Bob (Morag) and Gary (Lynne); and many nieces and nephews.
He is predeceased by his parents, Abraham and Mary; siblings, Sue, Ann, Verna, Edna, Elsie, Doreen, Arthur and Jake; and his in-laws, Alf and Peggy.
Ray was born in Morden on February 5, 1945. As a teen, he worked summers doing carpentry with his father, learning the skills he used in future years to make beautiful pieces for his family. At 16, his Dad gave him $20 and told him "go to the city and find a job". He did, working 34 years at CN Rail while spending his evenings obtaining his high school diploma, and later, his BA at the University of Winnipeg.
He retired at 50 and travelled with Janis to Palm Springs, where they spent many winters and eventually bought a home. He entertained many family and friends there, sometimes donning his Elvis outfit to sing "Return to Sender". In recent years, Ray and Jan discovered a new winter paradise in Maui, but in the summer, his heaven was happy hour at his Grand Beach cottage.
An avid golfer, Ray spent many years on the greens at Rossmere Country Club, proudly recording 79 as his lowest score. Golf trips to Torrey Pines with his buddy Don, and to Hilton Head with his sons, were highlights.
Throughout his life, he was devoted to family, coaching his kids' softball teams, golfing with his sons and grandsons, and attending countless swim meets, hockey games, dance recitals and school events. He never missed a chance to celebrate his family, and could not have been a better husband, Dad and Grampa. He was our hero, and someone we all looked up to no matter how tall we grew.
The family would like to thank everyone who reached out during his illness to tell Ray what he meant to you and how he impacted your lives. As he told his wife, "I never knew people thought so much of me," and these conversations gave him great comfort.
Special thank you to Mia and Alisha at CancerCare and Kya at Palliative Care and his angels at treatment.
Flowers are gratefully declined, but donations may be made to Canadian Addison's Disease Research, Treasurer, 2 Palace Arch Dr., Etobicoke, ON M9A 2S1 or www.canadahelps.org (search Addison's Disease), or to the Moods Disorders Association of Manitoba, 4 Fort St., Winnipeg, MB R3C 1C4.
At Ray's request, there will be a private graveside service for family.