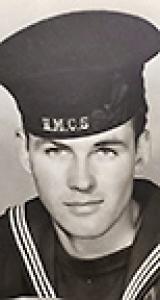 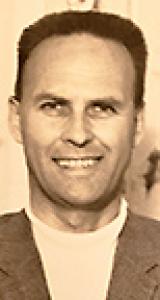 It matters not how strait the gate,
How charged with punishments the scroll,
I am the master of my fate:
I am the captain of my soul.
W. E. Henley

Sons and daughters and their families sadly announce the passing of their Father, Afi, and Langafi, who this September 11, slipped away peacefully in his sleep just shy of his 97th birthday in the town he was born, Gimli, Manitoba.
He was the youngest of four children and was definitely the most spoiled.
He leaves behind, we think, seven dysfunctional children. Judging by his Hollywood-handsome Second World War picture, there could be more. These seven (plus?) children went on to populate the world and did their father proud by procreating dozens of grandchildren.
He will be welcomed with open arms by his parents and three lovely sisters. One thing is certain, every one of his bridge buddies who have preceded him to the "Pearly Gates" are waiting with great anticipation for a game as someone else can now take a turn being the dummy.
He was an accomplished and well respected Principal who was specifically recruited to both Arborg and Gimli High Schools. His strength and leadership both in academics and athletics showed his desire and goal for a "balanced" education which ensured all his students and staff excelled in both areas.
After 25 years as a principal in Gimli, he retired and returned to his roots, taking up commercial fishing again just like his father before him, a newcomer from Iceland. He substituted his suit and sneakers for oilers and rubber boots.
He served in the Navy, was an active citizen including coaching hockey, baseball, and basketball. A mover and shaker within the community, he spearheaded the expansion of Gimli High School which included a new gymnasium and outdoor tennis courts, revolutionized curriculum to include subjects that brought essential skills and tools used in life, was a Gimli Town Councillor, and President of both the Gimli Legion and Rotary Clubs. He often ran the Gimli 10 mile during the Islendingadagurinn Celebration, ran the Manitoba Marathon, received his private pilot's license at 56...which, if he flew like he drove, is truly amazing he did not crash. Like a true Icelander, he also prepared hardfish and shared it with others.
He was born with a horseshoe up his butt and he must have peed four leaf clovers as he somehow survived childhood polio, tuberculosis in his 20s, remained sane throughout his 35 years as a teacher and principal, dealt with various antics and shenanigans that undoubtedly occurred while raising seven wonderful "darlings", going through the "crack" while winter fishing, flipping his skiff and suffering hypothermia at 89 while open water fishing along with his 77 year old "hired hand", multiple mini-strokes, and 17 years of various illnesses...he still refused to kick the bucket.
Never a moment to pass on physical activity well into his ninth decade, he was often seen doing pushups against buildings on the street as well as in crowded doctor's offices. Right up to his last breath, he continued his commitment to health and fitness by doing bench press, dumbbell curls, and abdominal workouts in his bed just days before his passing.
Reflecting on other Fathers, Afi's, and Langafi's of the world, Harvey was certainly a one-of-a-kind character. All who knew him, had their own individual relationship with him that was loving and forever endearing. We will miss and cherish him forever.


par til vid hittumst aftur...until we meet again
We love you.

A private family 'Celebration of Life' will be held in lieu of a service.
Feel free, to dig into your pockets, and donate to the charity of your choice "in memory", such as the most recent charity, "The Harvey Obit Fund".