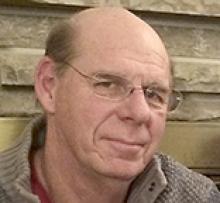 It is with great sadness that the family announce the passing of Clive William Perry on Friday, September 10, 2021, following a two year battle with cancer.
Clive leaves his wife of 50 years, Yvette; children, Rhys (Denisa), Lauren (Charles) and Adrienne (Scott); brother Mark; and grandchildren, Tereza, Alex, Eliette, Nathan and Will.
Clive lived life to the fullest and approached everything with passion and a sense of devotion. A member of the Winnipeg film industry and Winnipeg music industry in his early years, he later became a Structural Technician with Air Canada. In his private life, Clive's passions were in aviation and music, with him being a private pilot for 25 years and a drummer for over 50. Clive was a fiercely proud and supportive father and best friend to his loving wife, Yvette. He will be greatly missed by his family.
The family would like to thank Dr. Goldenberg and the team at CancerCare Manitoba, who supported Clive throughout his illness and never stopped trying to fight his cancer with him. As well, Dr. Crawford and Dr. Darcell and the palliative care team at St. Boniface Hospital who provided Clive with amazing care and compassion in his final weeks.
As per Clive's wishes, there will be no funeral or memorial. A private spreading of Clive's ashes will occur at a later date.
In lieu of flowers, donations may be made to CancerCare Manitoba. Make a donation to